During the cold winter months, it seems that everywhere you look is another strain of the common cold, the flu, or another nasty bug. It’s hard to avoid getting sick at this time of year, and being sick and having to see the doctor is never fun. That being said, there are definitely things you can do to make yourself less miserable the next time you’re feeling under the weather.

If you’re sick in Korea, you’re in luck — Korean food is amazing at warming you up from the inside out and helping you get over your illness as quickly (and painlessly!) as possible. Whether you’re sticking to a liquid diet or able to eat solid food, there’s plenty of Korean food to eat to get you back on your feet.

Read on for our favorite Korean dishes for when you’re feeling under the weather, and be sure to let us know if we’ve forgotten any in the comments below! 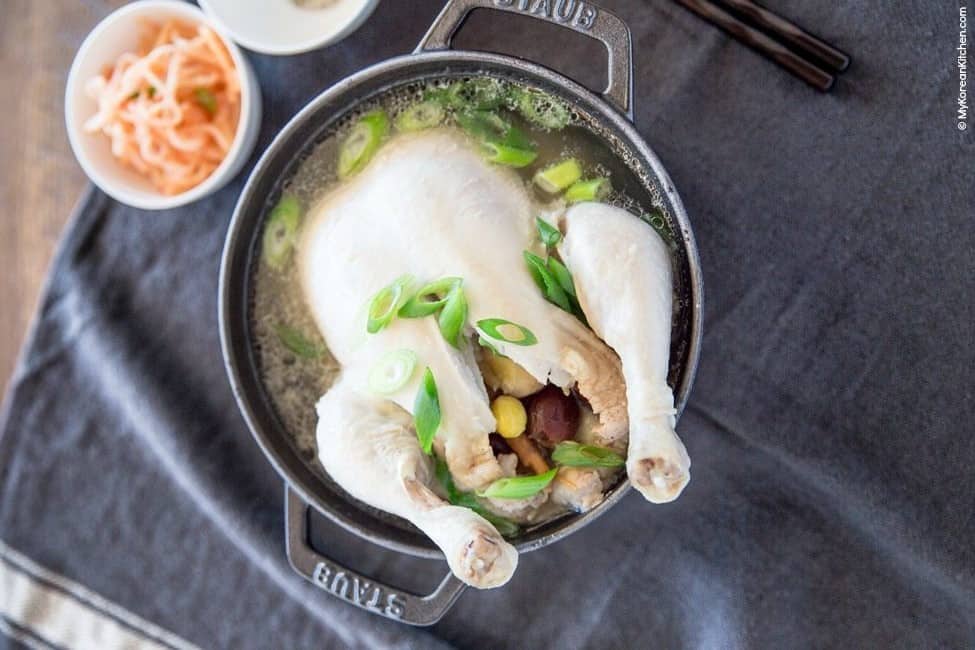 What better way to make yourself feel better when you’re suffering from a stuffy nose and fever than a steaming hot bowl of chicken soup? Samgyetang is a Korean chicken soup, but don’t be fooled — this isn’t the chicken noodle soup you’re used to eating when you’re sick.

Instead of eating cold food to cool yourself down the next time you’re feeling feverish, try a piping hot bowl of samgyetang for some much-needed relief! 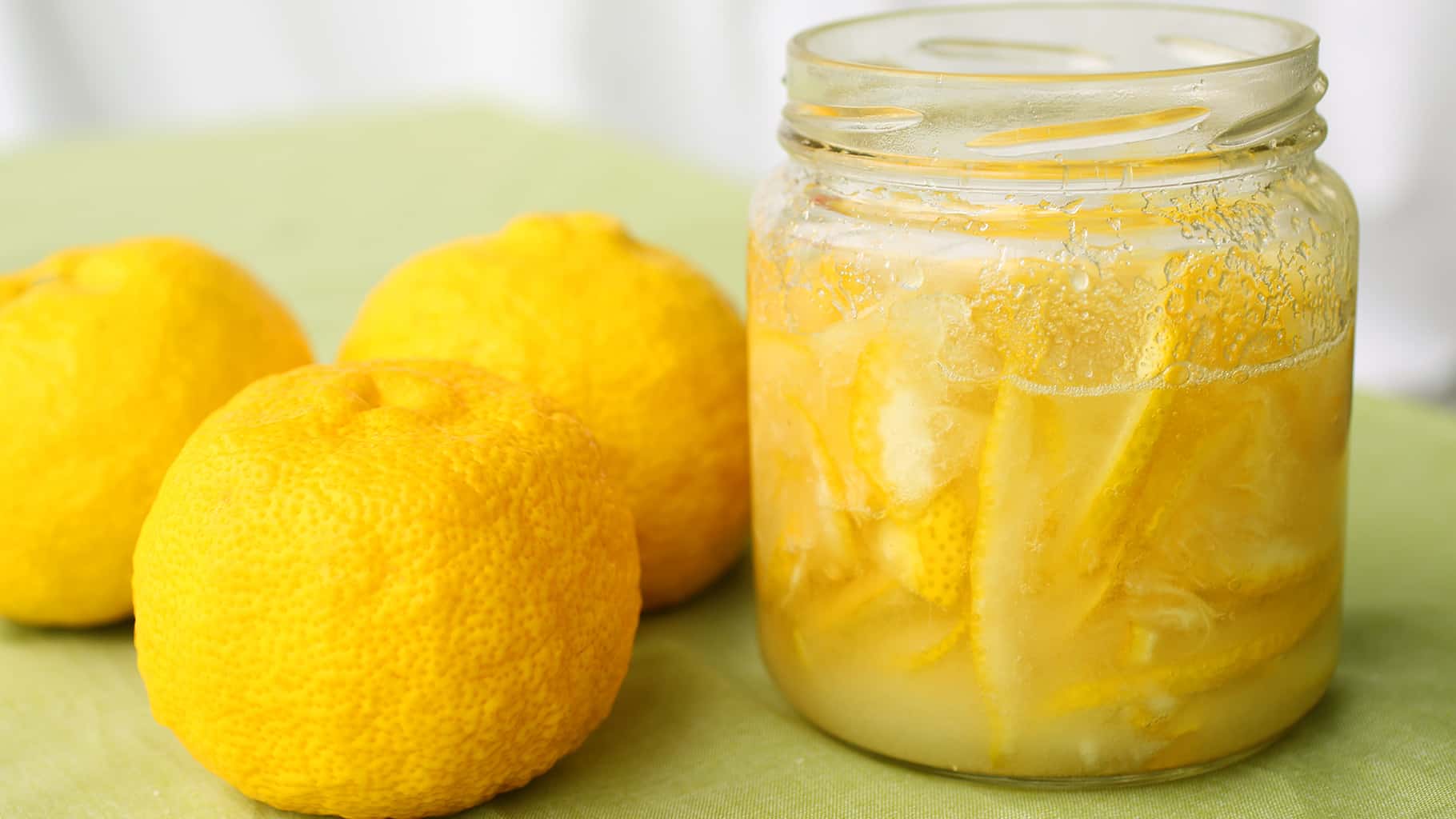 If you’re not feeling up to eating hearty food the next time you find yourself sick in Korea, make yourself a steaming hot cup of YooJacha and you’ll be well on your way to feeling better! YooJacha is a very uniquely Korean beverage that is made from a jelly of YooJa fruit preserved in honey that is then melted with hot water and diluted into a delicious citrus-y cup of goodness.

YooJacha is great because it doesn’t really go bad — because the fruit in the jelly is preserved in the honey mixture it’s suspended in, you can keep it for an indefinite period of time if you store it properly, so it’ll always be there when you need it. And you’ll definitely need it! This tea is good for everything, and we mean everything.

Whether you’re suffering from a tension headache, the flu, the common cold, or even a hangover, it’s likely that YooJacha will put you on the path towards health and relief. It’s also great because it’s packed with vitamins and minerals, so it will help keep your immune system up and running to prevent you from getting sick in the future.

Koreans swear by this tea, and for good reason! Pick up a jar of YooJacha and you’ll see why. 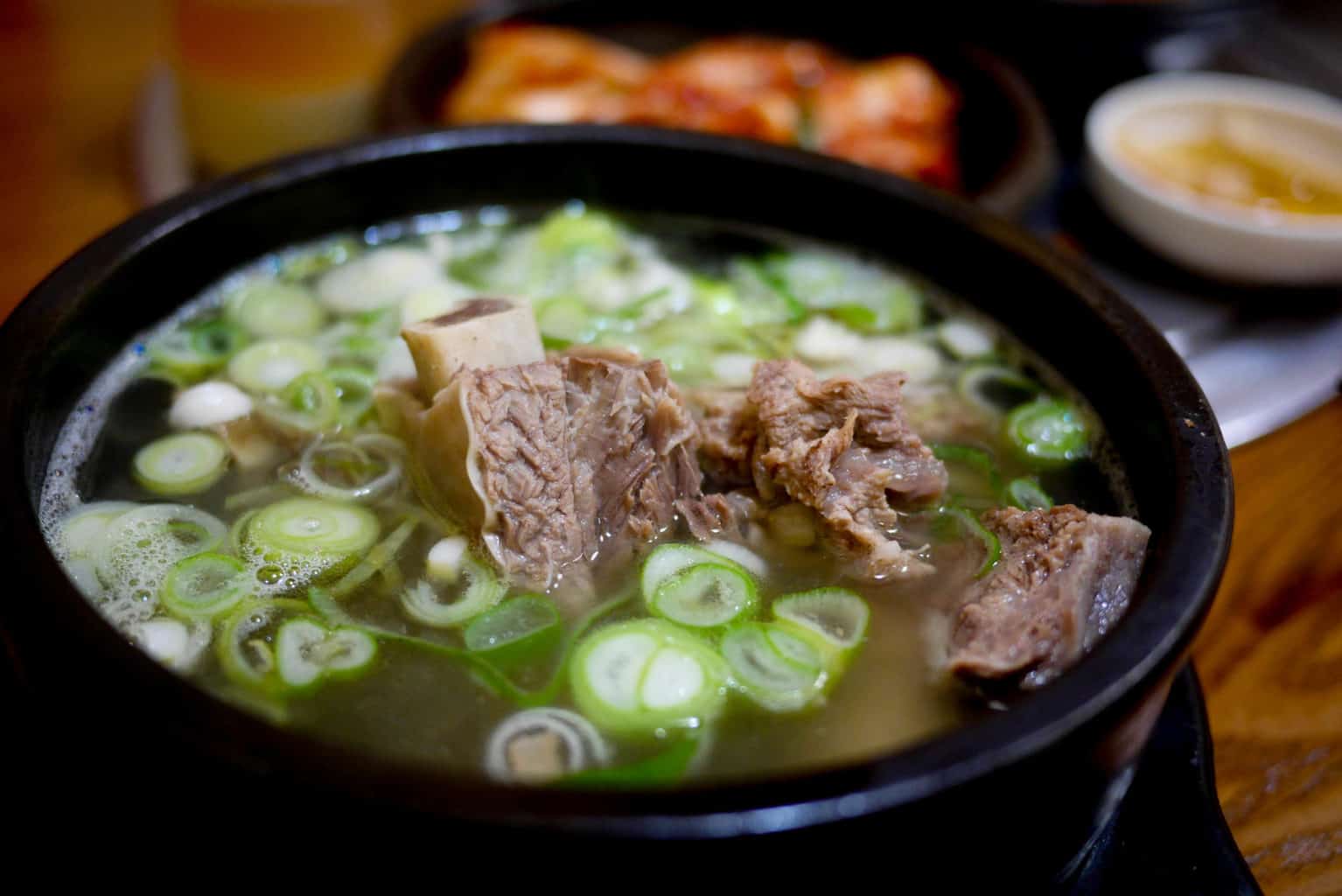 Galbitang, a Korean soup made from simmering beef ribs, is the perfect dish if you’re suffering from a cold or allergies that have your nose and sinuses clogged up.

There’s nothing worse than not being able to breathe through your nose while you’re sick — pressure starts to build in your head, you have tissues on hand all day, and the post-nasal drip never seems to end! The next time you find yourself stuffed up, make yourself a bowl of galbitang and you’ll clear your nose right up!

Galbitang is prepared by simmering beef slowly over a low to medium temperature until the meat is so tender it literally falls off the bones. There are different variations of this soup, but the one you should prepare yourself also incorporates spicy hot peppers, which help open up the sinuses and get you breathing again.

This Korean food is also ideal for when you’re feeling under the weather because it’s hearty and full of nutrients, so you’ll make sure that your body has the energy and fuel it needs to fight off your illness and feel better as soon as possible. 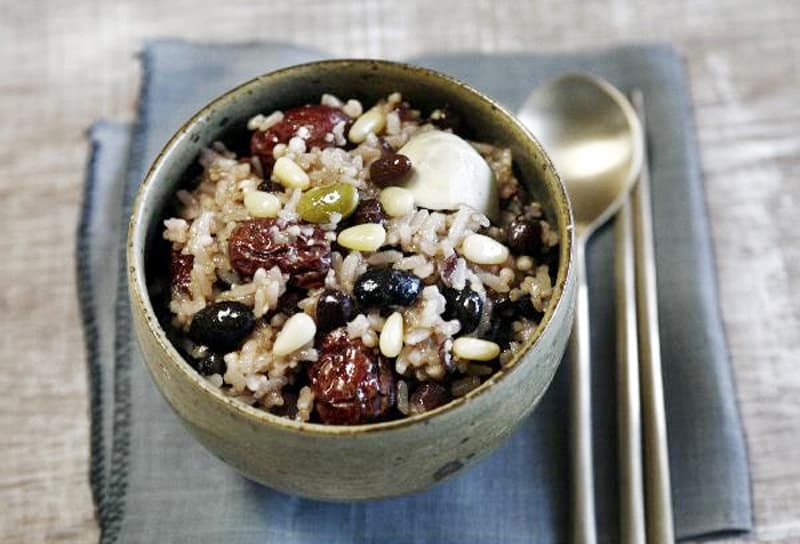 If you’re in the mood for a dish that’s a little bit lighter the next time you’re sick in Korea, find yourself (or make yourself!) a bowl of ogokbap for a tried and true comfort food that will help you get back on your feet.

Ogokbap is a basic (but fundamental) Korean dish featuring a couple of different types of rice and grains as well as black beans and red beans combined. The combination of simple and complex carbohydrates along with the protein in the beans means that this dish will ensure you have both short term and long term energy for your day, which is the perfect antidote to the fatigue that comes with most cold and flu bugs.

Ogokbap is also great because while it’s nutritionally dense, it’s also relatively low in calories, so you don’t have to worry about gaining weight while you’re laid up on the couch or in your bed unable to move. Incorporating a bowl or two of this Korean food into your wellness routine the next time you’re sick will help you feel nourished without feeling weighed down by a heavy, hearty meal. Ogokbap is also said to reduce the likelihood of developing high blood pressure and other cardiovascular issues, so it’ll help you ensure your long-term health as well.

The next time you’re not feeling your best, enjoy a bowl of ogokbap — and feel good doing it, because you’re doing your body a favor! And if you’re stuck in bed but are feeling inspired by all this talk of Korea to test your Korean language skills, you can try our 90 Minute Korean Alphabet Challenge!

Do you have a favorite Korean food to enjoy when you’re feeling under the weather? Be sure to let us know in the comments below!

The post 4 Korean Foods To Eat if You’re Under the Weather appeared first on 90 Day Korean.