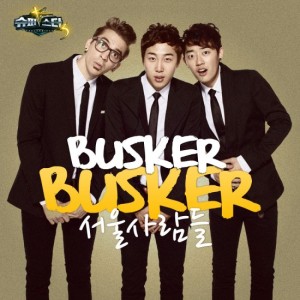 I have a new favorite band in Korea. Busker Busker. They are more of an Indie group then traditional Kpop group. Although it took me 4 months to figure out their name. In class, we always talk about music.

Me: “Oh I love this band, they are always playing in all the stores, on all the commercials and I love them.”

My students: “Can you sing some of it?”

My students: “What’s the song about?”

Me: “I don’t understand Korean.”

So the other day at a coffee shop I heard them playing and went to the cashier with a piece of paper and motioned to my ear and the music, she said ahh, “Busker Busker.”

Now, I can speak in an educated form that I know what band I like.

Busker Busker was formed at the Cheonan campus of Sangmyung University. The band consists of 2 students and the drummer who is from Britian. He was a teacher at the University.  The band was officially discovered when they came in second in Superstar K3 which is kind of like a Korean American Idol but with Bands.

You can read all about them on AllKpop

If You Really Love Me