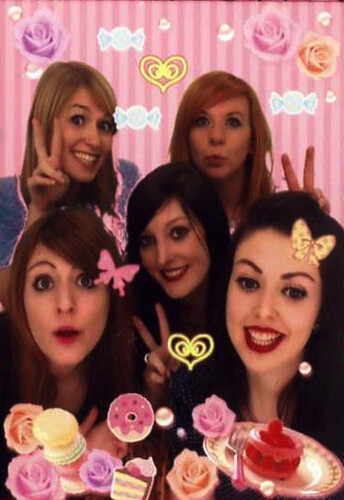 On top of the Sonny Angel Dolls, I may have potentially found a new addiction. I feel like this one really shows that I'm adopting some of the Korean culture. Although it's probably not one of their best assets, it's the habit of taking photos of everything, all the time.

We decided, before Anna and Grace left, that we would have to try out one of the photo booths that are really popular in Korea. Basically, they are bright pink shops stuffed to the brim with young Korean teenagers, all ogling over prints they have just had taken in the booths. The booths are small, but contain endless amounts of fun in the form of posing for pictures, which you can then customise with frames, stickers, phrases and CGI props.

I got overly excited about the booths that automatically enlarge your eyes. Something that lots of Korean girls long for.

A set of photos costs 6,000won which has to be paid in 500won pieces. You put in your money and the booth bombards you with questions about which effects you want to use. This includes strange backgrounds, frames, skin tone and the softness of the pictures.

You then have to quickly strike a pose as it starts the countdown to take the pictures. It gives you about 30 seconds between each picture.

Once you've had all of your pictures taken, you leave the booth and enter the editing suite (I've called it this at a push. Really it's just a computer screen with a curtain around it.)

Here is where all the fun starts. In the editing suite you can do all sorts of magic to your photos. We gave ourselves tiaras, bows and even added a Korean caption to one picture. My coteacher has since told me that it translates to 'stupid' but no one at home will ever know.

You have a limited time to edit, then you can pick the layout of the prints. It took us a while to work this out and sadly didn't end up with our favourite picture printed. But, we'll know better for next time, and I'm pretty sure there will be a next time. 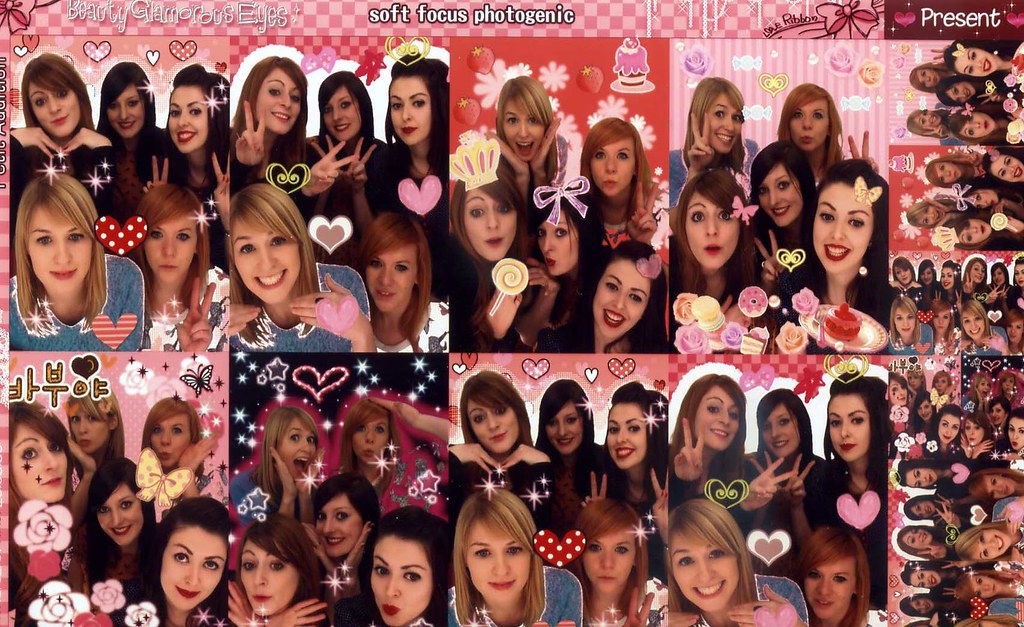