Relics from the Chosun era have been found on the grounds of what used to be Camp Hialeah.  Camp Hialeah served as the U.S. military base here in Busan until it closed down a few years ago. There are plans to renovate the area into a Citizen's Park, but as workers were investigating geological features of the site, they found about 100 broken pieces of ceramic from the Chosun era which lasted from the late 14th century until the end of the 19th century.  Workers also found horseshoes, most likely from era of Japanese occupation when the area was used  a horse race track.  It is speculated that there might be more relics in the area dating back to the Three Kingdoms era of Korea.  If that turns out to be the case, the schedule for  renovation plans may need to be adjusted. On October 12th,  seven year old Kang Hyeung Wook(강형욱),  a 1st grader, was picking up trash in the school yard when he was accidentally struck by a car driven by the school’s principal.   Five days later, the child died in the hospital.  This tragic incident has led to an uproar on a couple of fronts.  Firstly, the school’s insurance policy does not provide any compensation for the victim’s family.  The policy does not cover car accidents  because it is assumed that  drivers are covered by third party automobile insurance.
More significantly, there has been a call to prevent this from happening again by making sure that drivers do not need to pass through any area where children might be playing as they make there way into and out of school parking areas.  According to the Education Board, in 60 out of 298 elementary schools in Busan, drivers have to pass through the playground in order to exit the school.   Parents have formed an online movement to gather signatures supporting a law that would ensure that the necessary changes are made.

The X in KTX finally comes all the way to Busan.
Today marks the opening of the new section of KTX line from Busan to Daegu. KTX, Korea's high speed rail line opened in  2004 and cut the travel time from Busan to Seoul 'almost' in half, but things weren't really 'high speed' from Busan to Daegu because the new high speed lines for that portion of the trip had not been completed. . That all changes today as that portion of the KTX line opens, cutting travel time to Seoul from 2:40 to 2:18, saving travelers 22 minutes... well, at least three times a day. Many of the daily  trains will still make stops between Busan and Daegu, pretty much nullifying any time savings. Still passengers will be paying more, regardless of how long it takes to get there as the fare from Busan to Seoul will increase W4,300 to W55,500.  The stops along the newly opened section are Busan Station, Ulsan, Shin-Gyeongju, and DongDaegu. The old section, which will remain in use by some trains,  stops in Busan-Gupo-Miryang and Dong DaeguThese kinds of high speed connections are expected to help the Southeast region of the peninsula develop economically and Busan city is expected to use this opportunity to promote other aspects of Busan Tourism including adding three more City Tour buses in 2011, a musical theater at Jagalchi market, and adding four more passenger waiting rooms and a transfer center at Busan Station.

There are some concerns that all this high speed transit may lead to 빨대 효과 or the straw effect. Basically, because it's now so fast and easy to get from these Southeast areas of the country to Seoul, that the high tech industries and cutting edge facilities near 'Capital City' will suck up talent from these smaller local economies.
Every fall, the Goni (or Tundra Swans - big pretty white birds) migrate through Busan on their way down from Siberia to their winter homes down south. This year they arrived a bit earlier than usual on October 29th.  Last year, their numbers had fallen as there was a shortage of their primary food supply - 새섬매자기 Sae-som-mae-ja-gi. It’s an annual plants native to the area. .  This year however, food supplies appear to have returned to normal and their numbers are increasing once again. That Nakdong Estuary is the largest habitat in this area where migratory birds stop by.  Because of a dam that was built 20 years ago, several major highways in the area and nearby factories, the overall number of migratory birds that pass through this area has drastically fallen.

In Haeundae, a 19 year old woman who is HIV positive was arrested on a charge of knowingly having sexual relations with 20 men she met through an internet chat site. The court rejected the arrest warrant when it was revealed that she is mentally disabled and has the mental development of an eight year old. A prostitution victim protection organization “Sal-lim” and psychiatrist pointed out that in light of this level of development, it is not possible that can be held responsible for criminal action or for taking these actions on her own. When the arrest first took place, the woman's father had told the police that his daughter was forced to sell sex by someone else, but police officers chose to charge her with a crime.

She turned out to be HIV positive in March, not with AIDS so far. She saw a doctor and took medical checkup and  then was told she is infected. Even after that she ran away from home frequently like she did before, and then she made money by selling sex. In August her father reported to the police saying “my daughter , HIV positive , seems to be forced to have sex relations by someone.” Police is tracing the infection route and possible existence of pimp but the all efforts have been in vain.  According to the police 3 men who had intercourse with her were HIV negative.
Last week, two Wild Boar-vehicle collisions occurred within 20 minutes of each other. Around 1am on October 29, along the Busan-Ulsan highway near Geumjeong mountain, a cargo truck hit a 60kg wild boar. 20 minutes later, along the same road another car hit another boar. In both cases, drivers received significant injury and the boars were killed. There are approximately 60 wild boar living in the Geumjeong Mountain area and their numbers are expected to continue increasing. Their search for food sometimes leads to roads and residential areas. In fact, recently, an 80kg boar was shot and killed when it made its way into a house in the vicinity. 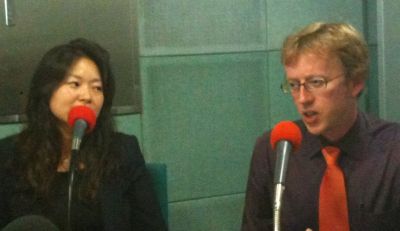 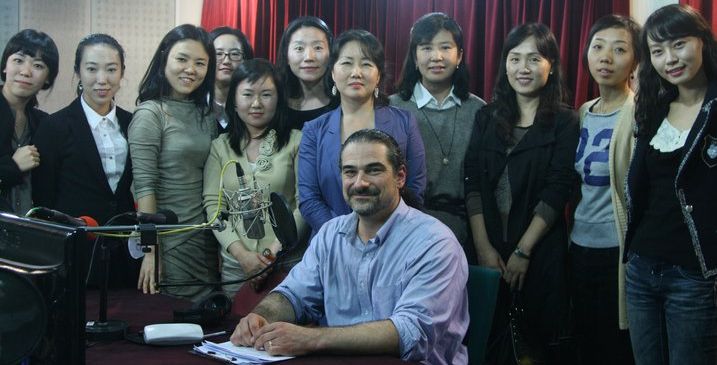 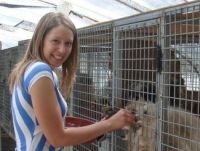