What's this film about?

"Hahn" hopes to explain a very important Korean concept-- "한" or "hahn", a Korean word for which there is no English translation. "Hahn' is perhaps the driving force that brought South Korea from being one of the poorest countries in Asia to the world's 13th largest economy in 60 short years. It is perhaps because of "hahn" that Korean students have some of the highest test scores in the world, and a higher rate of acceptance into American Ivy Leagues than any other foreign country. It is also perhaps the reason why, among developed countries, Korea has the highest suicide rate. It's what's making Korea one of the strongest countries in the world-- but at the same time, one of the weakest.

"Hahn" will follow several Korean teenagers in the most stressful time of their lives- their last year of high school. After attending studying for roughly sixteen hours each day, their futures boil down to one last exam. On November 10th, 2011, thousands of high school seniors will take a nine hour test that for many, will determine their economic and social status for the rest of their lives.

"Hahn" hopes to reveal why Korean education is extraordinarily competitive, and how it came to be that way. But in order to do so, it must first explain "hahn"- a word for which their is no English translation, for few other countries have needed the word.

Who's making this film?

This film is being produced by Korean producer, CheolYoung Kim (H-Virus), and is being directed by American filmmaker Kelley Katzenmeyer.

Kelley Katzenmeyer is a nineteen-year-old American filmmaker and visual artist. As a high school senior, she won the 2010 YoungArts Gold Award in Cinema and was nominated as a Presidential Scholar in the Arts, meeting President Obama. During high school, her short film "To Be Remembered" screened at film festivals across America, including the Nashville Film Festival, one of the oldest, longest-running film festivals in the United States. After graduating from the NC School of the Arts in 2010, Kelley received a full scholarship from the U.S. Department of State to study abroad in South Korea. Recently accepted into Columbia University, she has deferred admission in order to direct a documentary feature film on Korean high school students. Currently, Kelley lives in Seoul, South Korea.

If I donate, what exactly will my money be used for?
One of the special things about our film is that we’re not just making a film ABOUT students- we’re making a film WITH students. The money you donate will go to buying cameras and sound equipment to give Korean students so they can document their high school experience themselves.

When will the film be done?
The film is scheduled to be finished around August, 2012. E-mail kelley.katzenmeyer@gmail.com if you’re curious and would like more info about the project.

Okay, you’ve got me hooked. Sounds like an awesome project. So if I donate, what are the rewards?

$10 - A digital copy of the final film and our sincere thanks.

$25 - The film, plus a handwritten thank-you letter from Korea with a cute traditional Korean charm tucked inside (and other fun surprises).

$35 - The film, plus a handwritten thank-you letter from Korea with a cute traditional Korean charm tucked inside. AND a copy of the director’s first film, “To Be Remembered”

$150 - A GIFT PACKAGE from Korea- including a fan, a stylish bookmark, cute charm, and a traditional-style coin purse. This also includes a personalized thank-you letter, the final film, and a copy of “To Be Remembered”.

$350 - The gift package, film, letter, “To Be Remembered” DVD, AND a beautiful compact mirror as well as a facial mask.

$500 - All the excitement listed above, plus a SIGNED copy of the final film, autographed by the students and filmmakers.

$1000 - All of the excitement listed above-- PLUS a MYSTERY PRESENT.

$2000 - All of the above, and the director will take you out to lunch. (In NYC, NC, Washington DC, or Korea. Or if we can't meet up in person-- a really exciting Skype conversation! And our sincere appreciation.)

this sounds intriguing, after 12 years of teaching these very same kids in the  various academies and schools, i'd like to see just what kind of spin this film will take.  i'm biased in a negative way after years of first hand experience to the flaws in korean education. I admittedly don't know the history of "hahn". i'm optomistically skeptic that such a young aspiring film maker can get a really good picture of what it means to be korean, and the korean education  system. i whole heartedly disagree with the pressure that is placed on the children. and although the stats are there to reperesent the ones that do indeed get into ivy league institutions. my biggest criticism has always been, if its so good, if they are so smart, why are they still so far behind.

anyway, best of luck to the film maker. i'm considering a contribution.

Sorry, but although the topic of this documentary seems interesting, the whole thing looks like a joke. I mean, a documentary directed by a high school graduate who lived in Seoul for a couple of months? (with her picture photoshoped on top of a Chinese city) I also like the 350$ gift package, with is basically $200 more expensive than the previous one at $150, with the $10 mirror and the $2 mask pack added.

And what exactly is "han"? I've been learning Korean for quite a while, and I must say that first of all, 한 can have several meanings, but I've never come across the one with no English translation. Anyhow, when a word has several meaning in the Korean language, provided the word is rooted from classical Chinese a (Chinese) character is usually added so as to clarify the meaning. But in any ways, "han" can simply mean Korean people, hence the name of the country 대한민국 (大韓民國). It can also mean "one" in pure Korean. But I'm pretty curious about the meaning (Chinese character) of the "han" you are talking about.

Also, just to help you out with a detail, there is no romanization system that uses "hahn" to write 한. The "it looks cool that way" romanization is usually better to avoid, as it not only confuses people who actually know how it's written, but it also looks unprofessional.

For anyone curious as to the meaning of "han", naver dictionary gives the definition as "(deep) resentment [sorrow, regret]" with the chinese character 恨.  Even though that is its "definition", it's a little more complicated than that.  My husband's cousin, who is fluent in English, tried to explain it to me once, but since it was so long ago I forgot a lot of what she said.  Sorry!  But I do remember that she had a really hard time trying to convey its nuances.  Don't quote me on this, but I think this is a feeling all Koreans are born knowing because of their history of oppression...or something like that?  Hmm..will have to ask my husband about this later...

Anyways, the film looks interesting.  Props to the girl for willingly going to a Korean high school =) 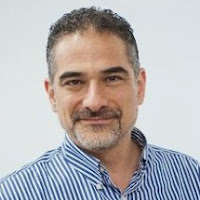