TV show recording and Why I want a kid 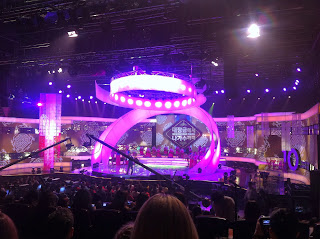 Some time ago I saw a post on facebook inviting foreigners to assist a recording for an MBC Special, I'm usually up for recordings if its something I'm interested in, this one was for a show called 대장금에서  10년 MBC 특별기획  나가수까지, this was the 10th anniversary of the Drama Dae Jang Geum aka Jewel in the Palace (2003), this was my mom's favorite drama, she would come home  early from work to watch it and sometimes would make me watch it (lol), I didn't really like it because I was never able to follow the story, one day she was learning how to cook and then she was the Royal doctor or something like that :S, anyway, I only signed us up because my mom would've liked to go and well... sometimes I do things just for her :)

We had to go all the way to Ilsan for this show, it was at the MBC Dream Theater, it took over an hour by subway and we -as always- were runing late, when we arrived they send us to what looked like "The foreigners line" where we met a Spanish girl who didn't seemed to know what was going on either, until this day I still don't know who the MC's were for the day but apparently they are famous because the girl next to me was almost crying of excitment and was begging the security guard to let her change places to be closer (I thought she was being OVER dramatic), at the end, they moved all of us a little bit closer, the show included performances by B1A4, FT Island and Crayon Pop, an Interview with Dae Jang Geum's main actress and some questions from fans around the world and something like a parody I didn't really understand, it was fun after all and a good way to spend an afternoon~~ 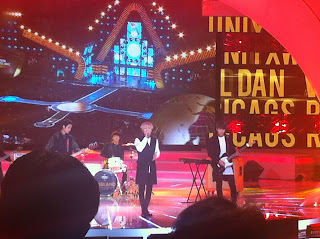 NOW,,, on WHY I want a kid; One fine day we went to Incheon to an Elementary school "English Flea-market" to help the kids with their English, basically every kid took something from home to school to "sell" it, they earned fake money on their english class and depending on how many things you brought from home, you also received more of this cool fake money, it was a total fail because the moms helping wouldn't speak english and at the end it was like a race to see who sold everything faster, anyway, their dialogue was something like this:
Kids: I want this (point), how much is it?
Seller: $5.00 dollars
Kids: Here it is
Seller: Thank you
Kids: Your welcome But they kids were the cutest thing ever, I wanted to take them home with me^^, why are these Korean kids so cute? lol, we had lunch at their school cafeteria and then got ready to receive the next batch of students, I had fun, although I don't feel like I help them with their english very much, but at least all of them bought a lot of crap stuff!! 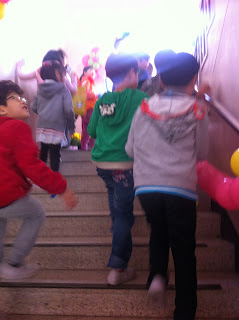 I know I'm being VERY very random, but that's how life has been in Korea lately, I end up going to TV shows recordings, meeting cool people and just making new friends, remember what we were told some months ago? "You are not gonna make new friends by saying No" lol 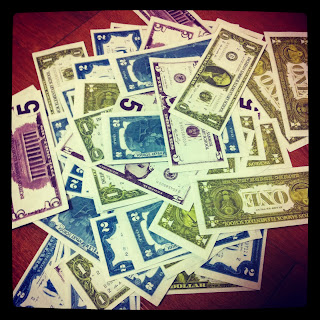 I will try to be less random next time and blog about 1 thing at the time, if there are any requests let me know and I'll try to do it ASAP!!