A Tea Source for Kigo in Haiku

Sat, 05/05/2012 - 13:13 - MattE
Printer-friendly version
Tweet
In writing haiku poems, at times, one may employ a kigo or word or phrase that signifies a particular season. Certain kigo that are obvious to us westerners would be snow, freezing rain, falling leaves etc.
In Japanese haiku there are also many very specific kigo that one may employ in their English haiku. One excellent source of Japanese kigo is the Japanese Tea Master's Almanac pictured below.
This book serves as a resource for those practicing Chanoyu or the Japanese Tea Ceremony.
For each month the book has Japanese festivals and ceremonies that are practiced for that particular month, Memorial days (mainly for commemorating people important to the history of the tea ceremony), Flowers that are symbolic or bloom that particular month, Cakes and Meals that are served for that month and finally Kigo for that particular month.
What makes this book so useful for haiku writers is that the kigo are very often specific to a particular month though they may also be used a bit beyond at times to connect to the broader season depending on the particular words connotations.
The book also provides one or more famous haiku using that particular kigo. The poems are written in Japanese, phonetically in English then with English translation making it an excellent source for haiku writers. 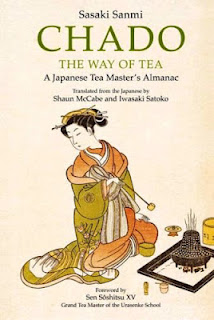 One example from the book is :
"U no hana kudahsi
This expression refers to the drizzling rain that spoils (kudasu or kuchisasu) u no hana in bloom. To overcome the resulatant ennui, it might be an idea to have tea using the tea box called u no hana. A cloudy sky at this time is called u no hana gumori.
Yuki no na no/ tokete u no hana/ kudashi kana
The image of snow has disappeared now that
the rain drenched un no hana decay"
hana is the Japanese word for flower or flowers as in hanami: flower viewing.
This book is available from Amazon.com in America and from www.whatthebook.com in Korea.
Other kigo in may are Baku shu ya: wheat harvest time, Natsu no tsuki: the summer moon
For May it also has a long description of how in Japan people would change their tatami mats, put on lighter kimono 'koromo gae' and wear colors for May such as light purple and very light pink 'kakitsubata goromo.

P.S.
One other websource for kigo is
500 Essential Kigo selected by Kenkichi Yamamoto. Best wishes and happy writing ! MWT.