Mon, 04/12/2010 - 17:23 - cruzers
Printer-friendly version
Tweet
Taejongdae is another beautiful sight in Busan.  It's on the southernmost tip of Yeongdo, or Yeong Island.  Some westerners say "Yeongdo Island."  This is incorrect because "do" means "island."  You don't want to say "Yeong Island Island."  That would just be goofy goofy.

The place is named after King Taejong who used to frequent the island.  He ruled during the Silla kingdom.  I'm guessing he would've been a fan of Green Arrow and Robin Hood since he spent time practicing archery while on the island.

There's an amusement park nearby where you can amuse yourself.  The "John Wayne" restaurant is nearby too.  It's a really good Korean barbecue restaurant that we take our Navy Reserves to sometimes.  They'll even drive a bus out and pick up your group.  The view from the restaurant is really nice during the day.  At night, you're just staring at a bunch of lights.

Taejongdae is known for its fresh air, evergreen trees and beautiful seaside cliffs.  There's a small train/tram thing that takes visitors to the different spots such as the lighthouse.  I suggest foregoing the train and enjoy a brisk walk around the area.  Locals like to eat fresh raw seafood on the rocky shore.  I plan to do the live octopus thing, maybe even at Taejongdae.  Pray that I don't choke on a stray tentacle. 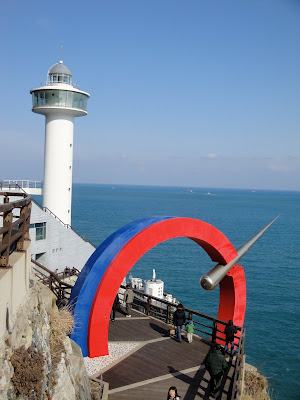 This is a very popular spot for both locals and tourists.  The red and blue sculpture is one of the most recognizable sights in Busan. 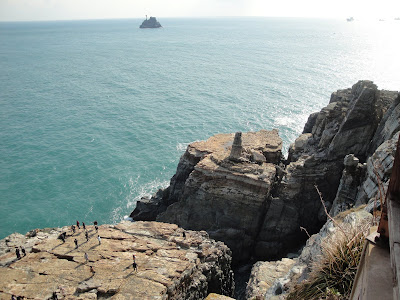 The unofficial name for this place is "Suicide Cliff" or "Suicide Rock."  There are more fences and barriers in place now to help dissuade people from jumping.  There is a history of couples throwing themselves from these cliffs. 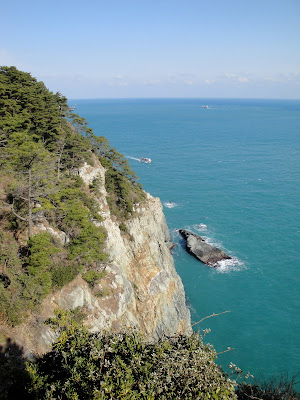 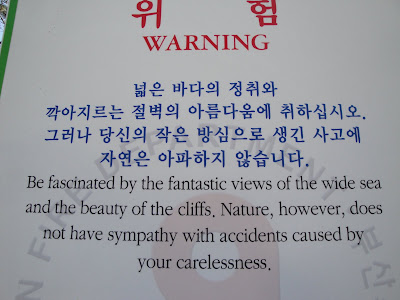 I think they have the exact same sign at the Grand Canyon. 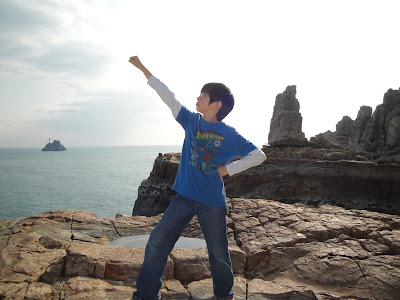 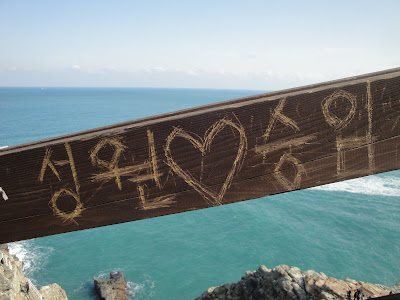 Korean graffiti.  I think it says "Nobody, nobody but you."  Korean joke. 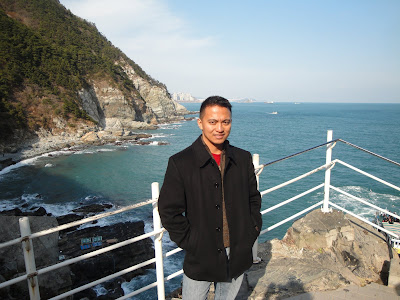 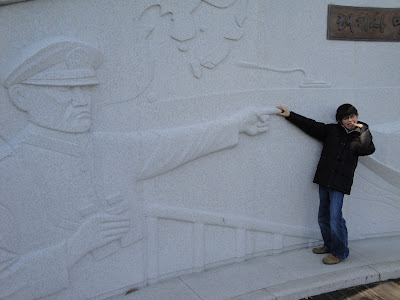 "Pull my finger."  That never gets old. 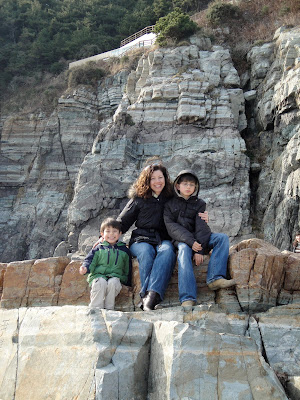 Carol was freaking out when either of the boys gained any kind of speed while on the cliffs.  It is a long way down. 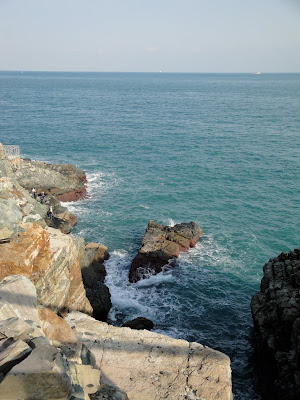 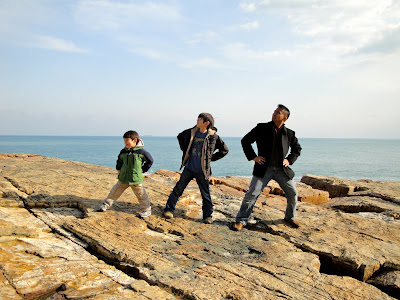 You knew it was coming - the pose!  Jake's almost got it.
Last but not least, here's CJ showing off his karate skills while on the cliffs.  If you're in Korea, you've gotta check out Taejongdae.