Another scultpure park, this time entirely penis-themed. You can find in Samcheok. The origin of the wooden penis statues displayed in the park lays in a local legend. Here's an English version of the legend I found on the Korean tourism agency website:

Legend of Aebawi and Haesindang – There once lived a young maid who was engaged. One day, the maid took her husband’s boat out to sea to harvest seaweed. Her husband dropped her off at a rock that was at a distance from the beach. After promising to pick her up later, he returned to the beach to do his work. Later, the weather changed, and brought with it strong winds and pummeling waves. The man couldn’t rescue his wife and she ultimately drowned. Since then, the village people caught no fish and some said that it was because of the dead maid. To soothe the spirit of the dead maid, the village people made several wooden carvings and held religious ceremonies on her behalf. After a while, the fish slowly returned and the villagers were able to live comfortably again. The place where the maid died was named Aebawi Rock and the building where the religious ceremony is held twice a year was named Haesindang. The ceremony is still honored today as a traditional folk event.

*EDIT*
Someone asked for the translation of the writings on the last sculpture. It says :
해신당의 전설 : The legend of Haeshindang
남근 숭배문화와 설화 : The narrative and culture of penis worshipping
(I think the story mentioned above must be engraved on the other side of the sculpture)
*EDIT*
And here are some pictures: 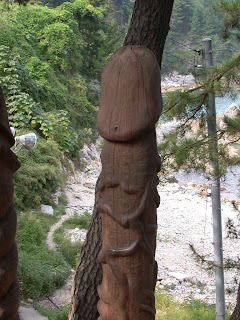 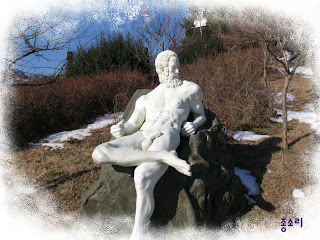 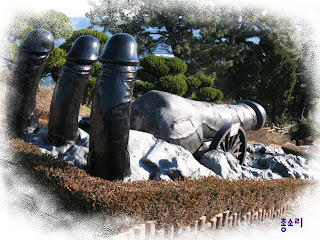 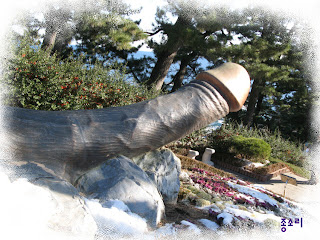 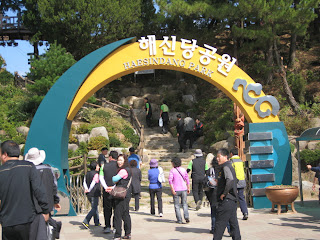 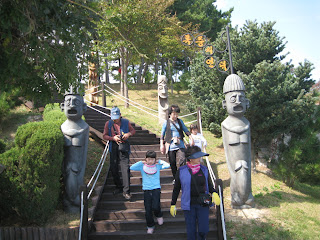 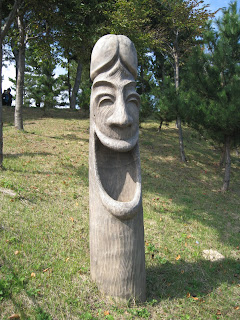 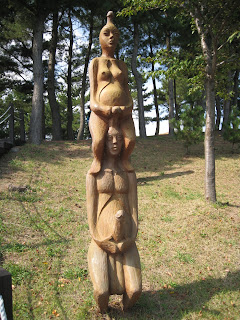 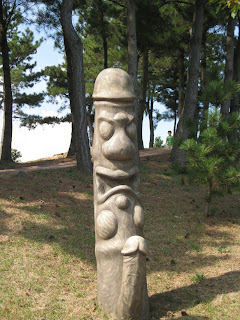 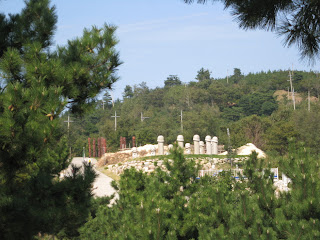 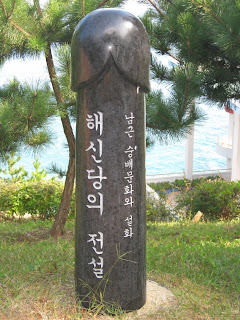