...or maybe not.  Maybe it's the kind of day that people like me, who only visit Seoul, want to have or do have because just being there is a special occasion.  Or maybe it's just the kind of day I wish was the norm. 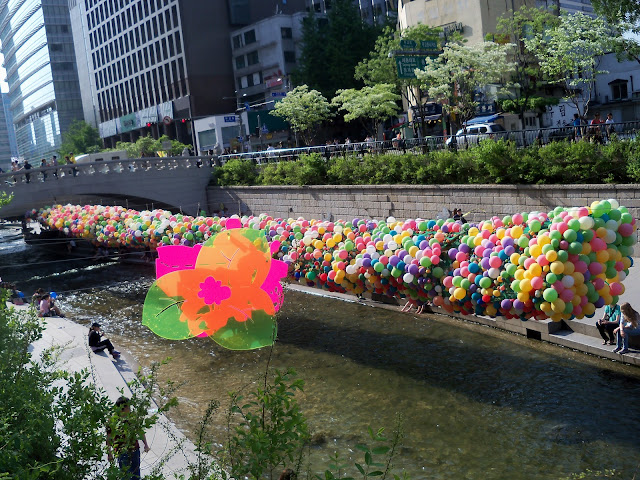 Either way, this past Sunday, I had one of those great, easy, sunny, fun visits to a big city that isn't mine.

My friend Sam and I had only a few days earlier, had decided to sacrifice some money, and also some sleep, to go to see Morrissey play on Sunday, in Seoul.

For those of you wondering "Who is Morrissey?"- 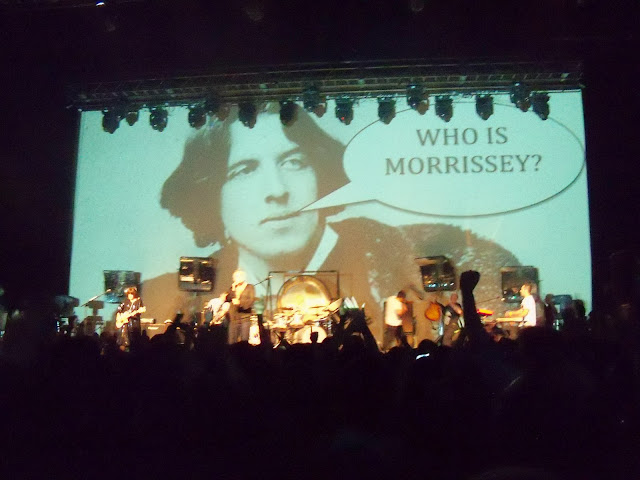 - you are not alone.  Even Oscar Wilde wants to know.  Anyway even though I don't know that much of Morrissey's solo work, I love the Smiths- an amazing British band who broke up the year after I was born.  So as contemporaries of the Smiths, it's an obvious bit of fan-dom.   Even though the show was just Morrissey, he did not disappoint and did provide me with more than a few opportunities to sing along to some great Smiths songs.  I will say with such a prominent picture of Wilde, I was hoping to hear "Cemetry Gates", but you can't pick your own set list.

But back to the day at hand.  We started off walking around Garosu-gil (Sinsa Station, exit 8 turn left at the Garisu-gil street sign) which neither I nor Sam had been to.  It was really nice, lots of coffee shops and people watching.  There were even signs for Pop-up shops and lots of cute little boutiques.  I could have definitely done more shopping there, but I didn't want to carry tons of stuff all day.  I did however buy a new pair of flip flops- only after Sam had been talking about how he needed flip flops and came up empty handed.  Oops. 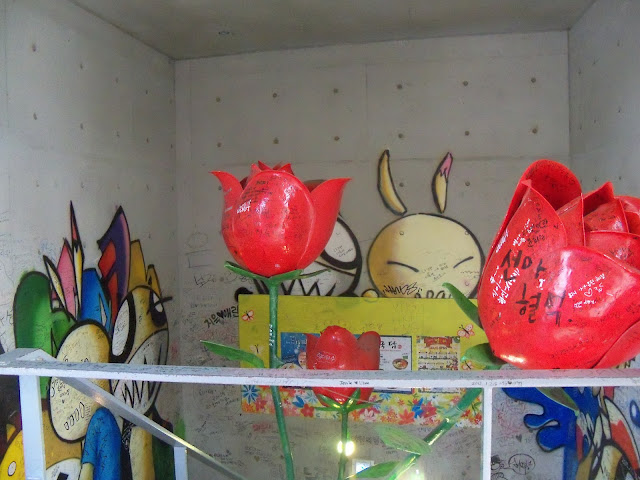 After meandering in that location, we decided to meander in a different area of the city- Insadong (Anguk Station).

If Garosu-gil is Pop-Up shops and boutiques and cafes, Insadong is traditional souvenirs and random Korean men playing "Redemption Song" for tourists. 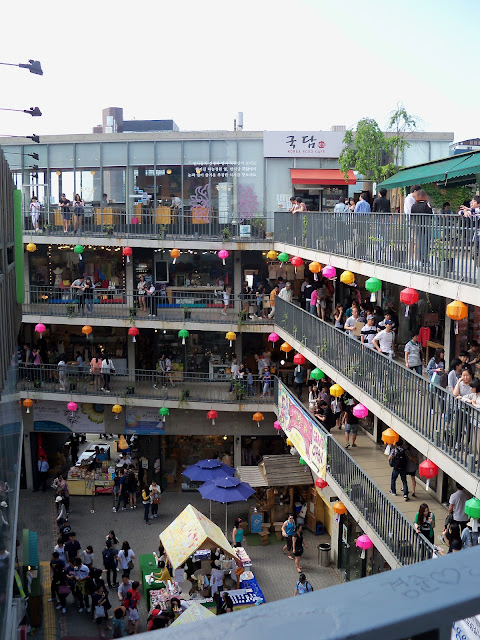 I know that if I had come to Insadong the first time I visited Seoul I would have wanted to buy up all the traditional stuff insight.   I also really like the set up of this mall (it's all on a mild slope so you don't have to go up stairs which is great for people who have more limited mobility).


Then of course while wandering around we stumbled upon some sort of traditional dance performance by what looked like high schoolers.  We then were force fed rice cakes - like you do. Note, these things don't always happen, I don't always end up witnessing random traditional festivals or performances, it just sort of seems like I do. 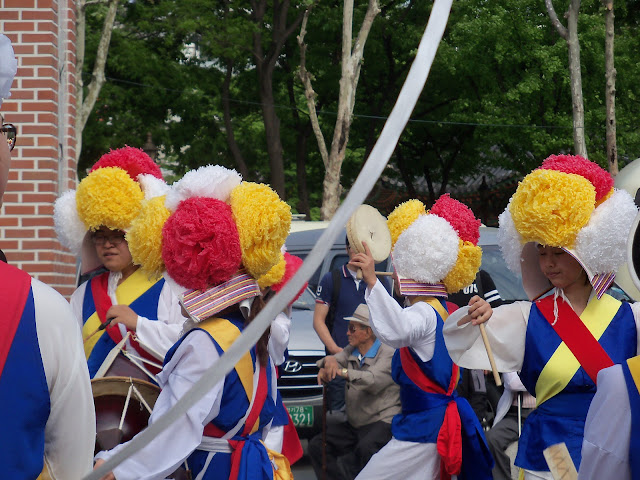 As far as hats go, I still vote for the ribbon dancer hats as my favorite.

We then walked along the Cheonggyecheon river searching for the possibility of good Mexican food but without the restaurants name or exact location.  But on the river they had some sort of game station set up. 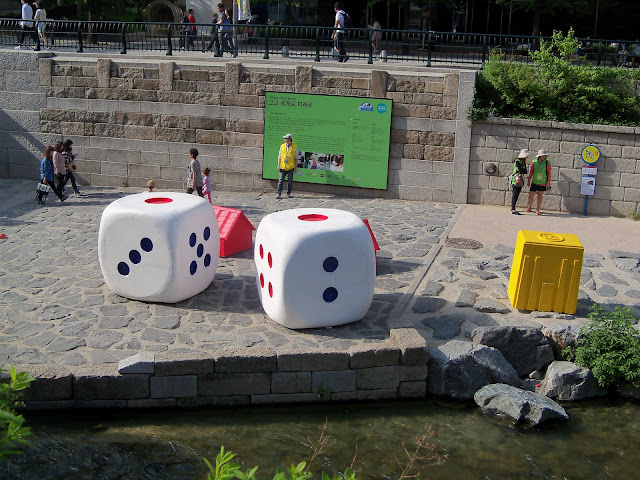 Followed by a ramshackle tree and what looked like a "Wild Thing"-esque cat. 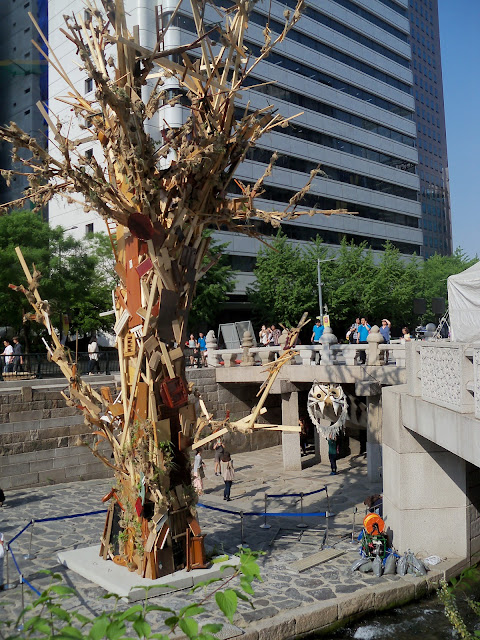 They also had these really cool plastic 'things' strung up across the river.  There were animals and houses and random other things, I still don't know exactly what the theme was, or what it was for. 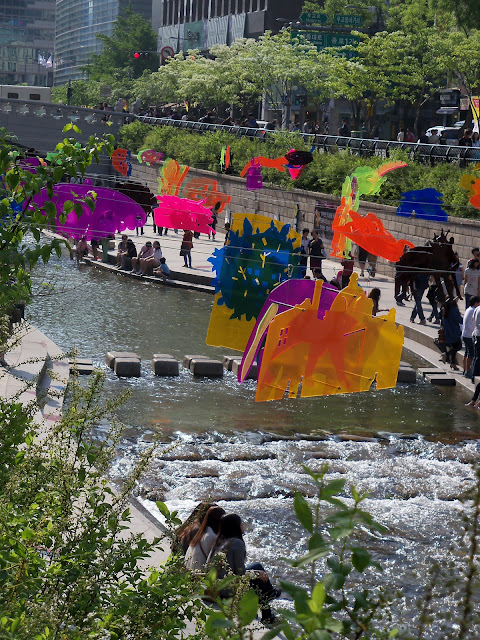 But it looked cool, so that's always a plus. 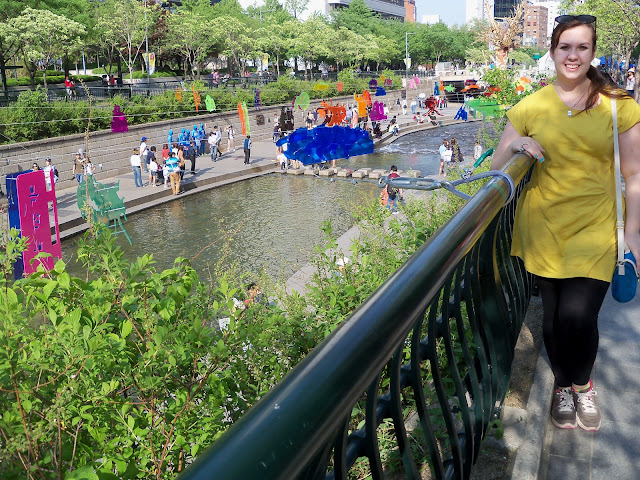 There was the Seoul Friendship Fair going on with a bunch of international vendors and yummy food and beer from around the world, so it may have been for that. 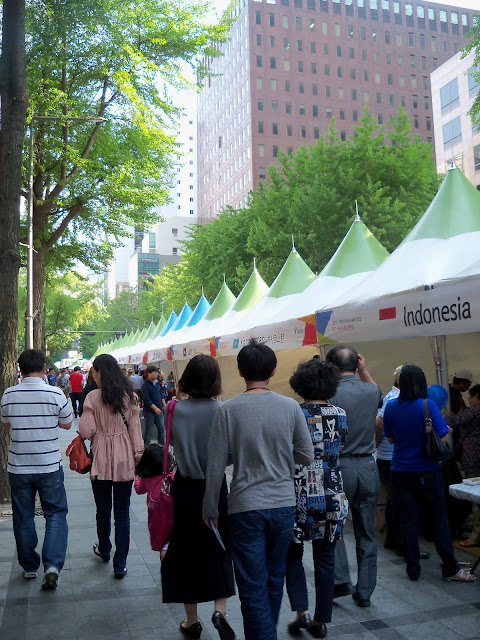 There was some sort of performance going on, 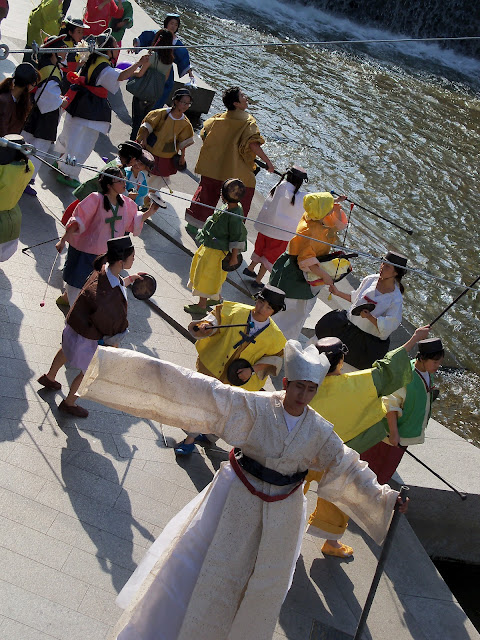 and this guy seemed pretty friendly. 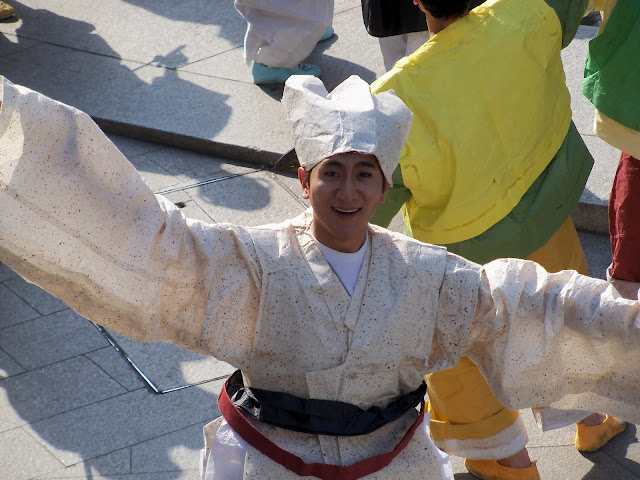 With all that friendship in tow, we headed off to go see the less friendly, more dramatic, but a great performer that is Morrissey.  The man knows how to put on a show. 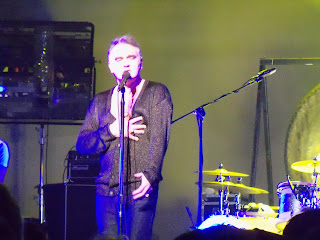 It was a great day, but then again it is really hard to find fault with beautiful weather, easy transportation, good company, good music and fun places.  If only every day could be that nice and easy- it does come pretty close most of the time here. 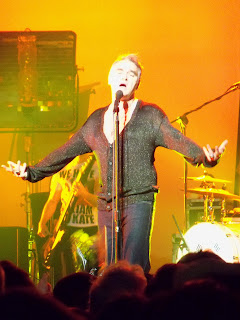 From a Day in Seoul with Love,
Jenna