Sun, 05/23/2010 - 09:00 - cruzers
Printer-friendly version
Tweet
Ah, Seoul and its 23 million people.  Gotta love it.  The family hopped in the car and took a road trip to this massively crowded city during Spring Break.  It was unusually cold for this time of year but it was still a great time. 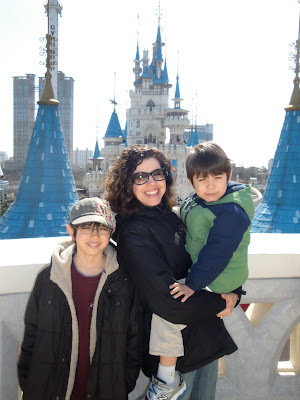 One of our first stops was Lotte World, the world's largest indoor amusement park.  There's also an outdoor portion of the park that has a castle that looks eerily similar to the Disney castle.  I was reminded of the McDonald's clone restaurant, McArnold's from the "Coming to America" movie. 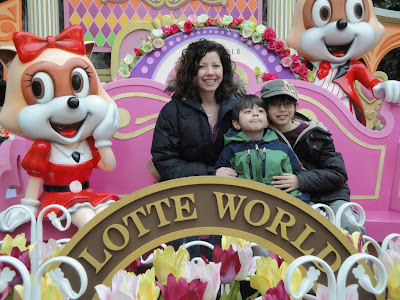 Here's a short video from our Lotte World trip.  Fear, laughs, mini-Viagra commercial - this video has it all. 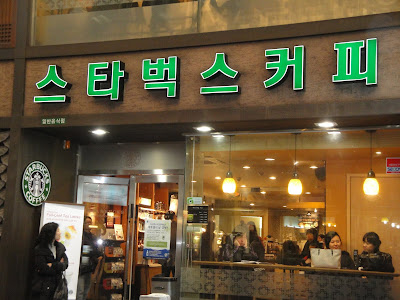 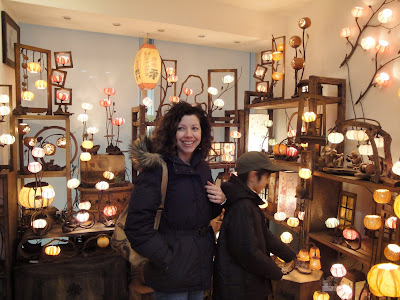 Carol loves these paper lamps.  She was in hog heaven.  Travel tip # 17:  While overseas, if you see something you like, get it.  You just don't know if you'll ever  be back again.  Later on, you may simply forget how much you paid for the thing but the value of the memory just increases with time. 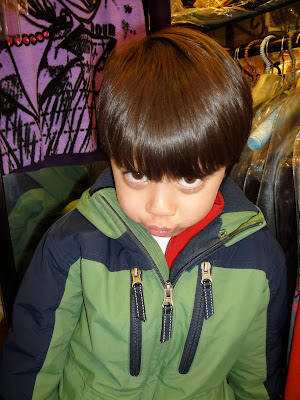 Unfortunately, Jake wasn't a huge fan of the lamps or anything else in the many stores.  He started acting up and got a little extra attention from Dad.  This is Jake's "not happy" look.  Parenting tip #37:  Kids need to know they will be disciplined outside of the house too. 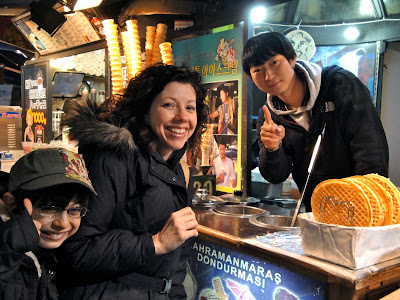 This is the best waffle guy in all of Korea.  You can get a good waffle from any street vendor in Korea but not with the friendliness and charisma of this guy.  The boys love this delicious treat.  They lather the waffles up with cream and syrup.  Makes a big mess but puts a smile on your sticky face. 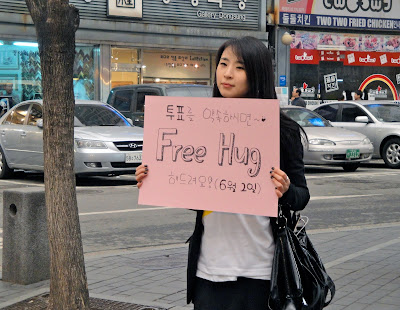 The first step towards world peace. 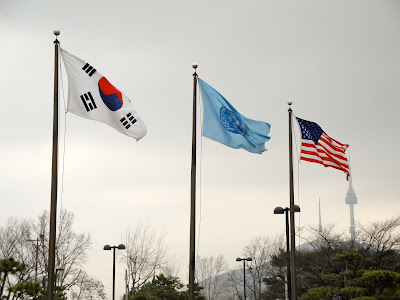 We stayed at the Dragon Hill Lodge on the US Army Base.  There's a swimming pool, lots of restaurants, kids play area and shops in the lodge.  These are the flags right outside of the hotel.  You can see Seoul Tower over to the right. 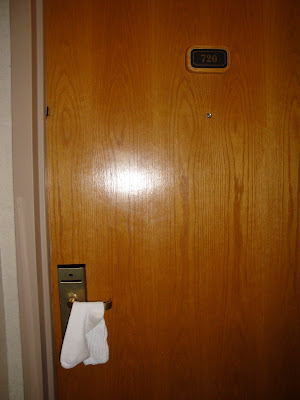 This was taken just a few doors down from our room.  Bow-chicka-bow-bow. 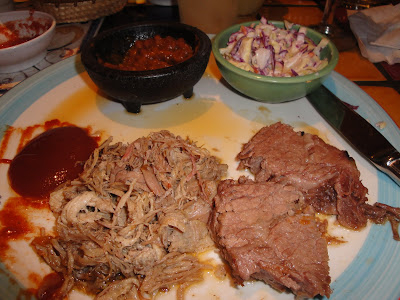 So I had this awesome barbeque meal at one of the restaurants at the Dragon Hill Lodge.  I highly recommend this meat extravaganza.  Who knew it was a precursor for all the great BBQ we'll soon be hitting in Memphis, Tennessee? 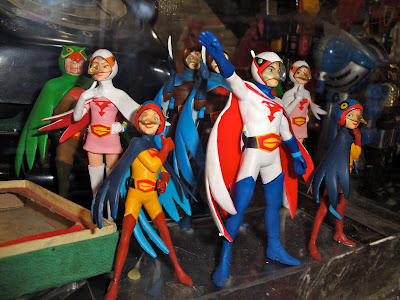 We stumbled upon a toy museum in Insadong.  These characters are from an old TV show my siblings used to watch everyday after school.  It was called, "Battle of the Planets." 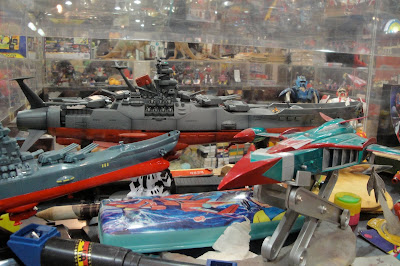 I really freaked out when I saw this.  The blue and red spaceship on the right is the ship from the "Battle of the Planets."  The gray and red ship is the Argo from "Starblazers."  Ho hum for the uninitiated.  Totally awesome for those that know these two shows. 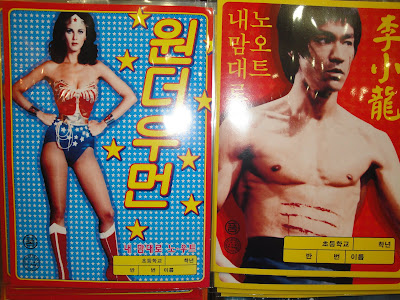 More cool stuff from the toy museum.  The two smallest waists in all of Hollywood history. 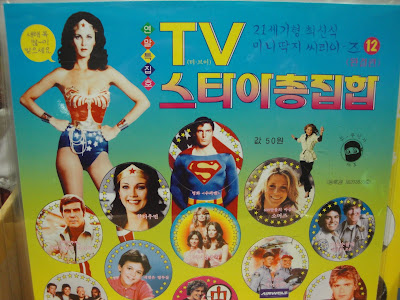 How many of these shows do you recognize? 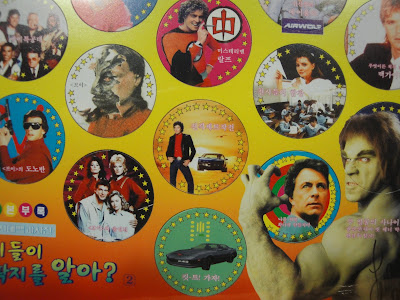 I think I know all of them except for one.  That officially makes me an old fart. 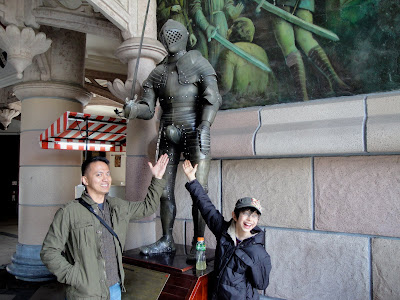 Maybe my favorite picture from the whole trip.  That's what I call protection.  Until next time -- C2.