The Rise of Hip Hop 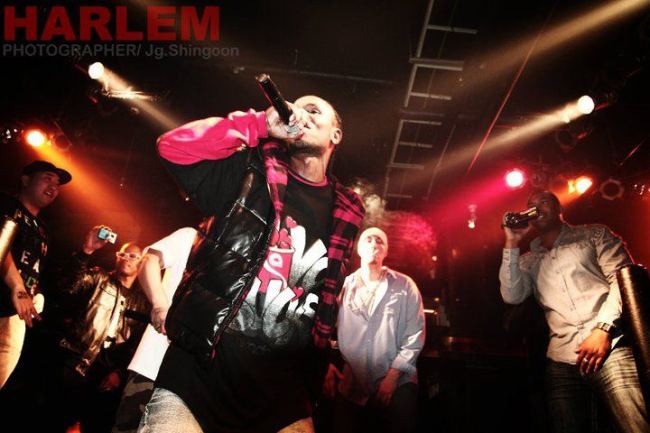 Hip-hop artist BNews, who opened for Yung Joc and Flo-Rida when they came to Korea, performs at an event with other expat artists, including DA Green (center, at rear). BNews

This is the first in a two-part series on the build-up of the expat hip-hop scene in Korea. ― Ed.


Any expat with a Facebook account knows that on any given weekend there are a number of live expat hip-hop events going on in Itaewon and Hongdae.

What many might not know is that just about four years ago, the vibrant scene was virtually non-existent, outside of a couple open mics and a few random artists and DJs such as Pinnacle TheHustler and Black Ilumin. During a time when the likes of hip-hop acts Epik High and Drunken Tiger were popular in the Korean mainstream, there was almost nothing in terms of foreign hip-hop in Korea.

And the same challenges seemed to plague every artist ― a lack of venues and gigs.

No one seems to agree on exactly when or how expat hip-hop started. For ICONZ Media LLC CEO JC, who came to Korea in 2005, his first involvement with the scene started around the end of 2007 and early 2008.