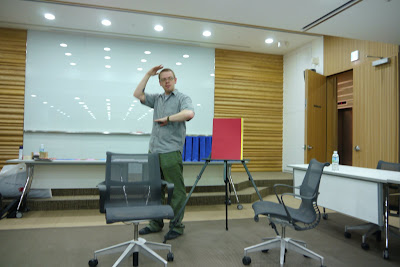 As part of the Kolleen Park Portrait Exhibit the organizers put on a sketching event. People were invited to come out and practice doing portraiture art.

Located at the Shinhan gallery in Yeoksam, Gangnam a small group gathered and enjoyed drawing from a live model. Mike Stewart led the way by giving us examples and pointers. 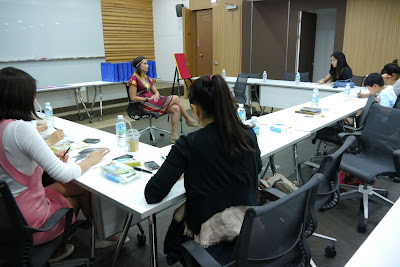 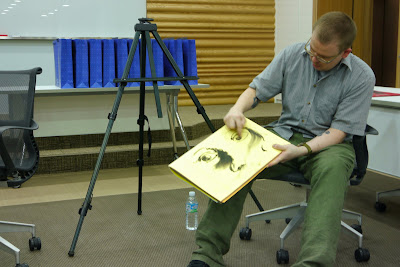 At first we sketched on white paper and then moved on to color, using conte-crayons. White pigment was for the highlights and dark for the shadows. I surely enjoyed practicing on the color paper and it gave me some ideas for my own art.

After all was said and done, we gathered up the artworks and put them next to each other. Can you figure out which one is mine? 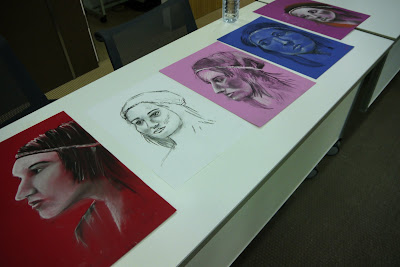 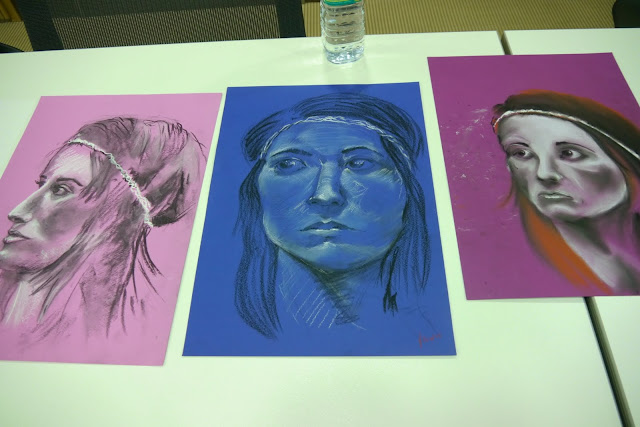 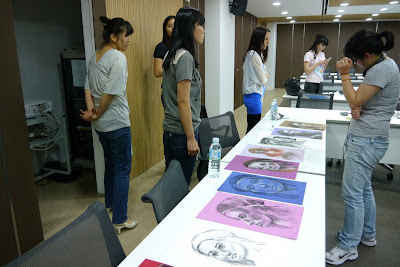 Everyone got a complementary gift bag from Shinhan bank and we were allowed to take home our little box of conte-crayons, which was pretty cool. After everything, I stopped in over at the Kolleen Park portrait exhibit. 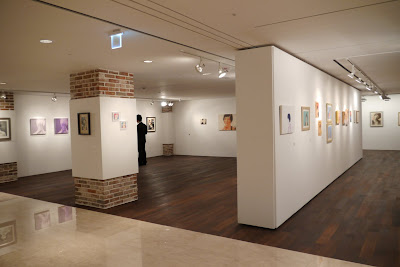 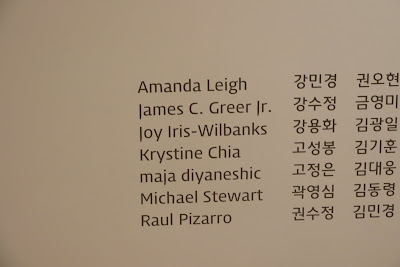 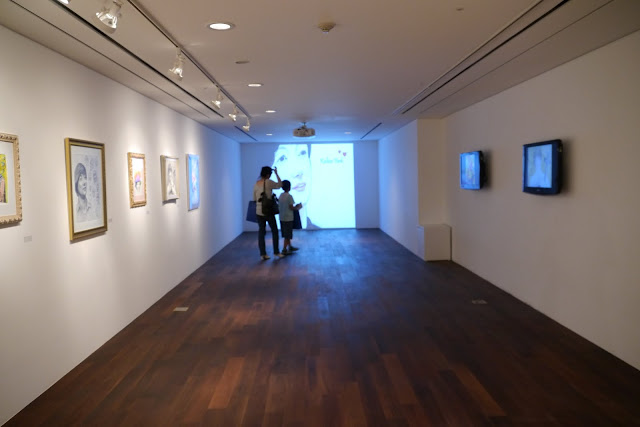 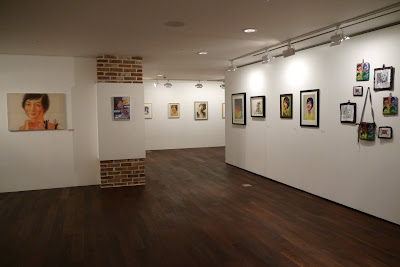 Although the pieces I submitted didn't get enough online votes to be put in to the gallery I think there was enough variety to warrant satisfaction.
I especially liked a few three-dimensional pieces such as the following pillow piece and one that uses applied crystals. 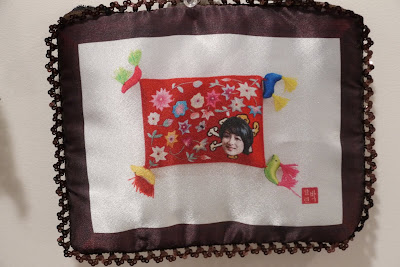 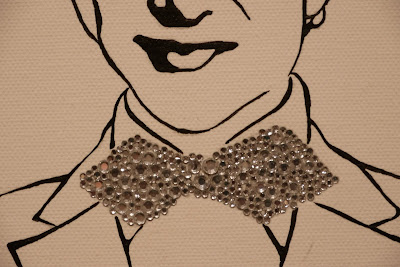 This event was a pleasure to go to, even though I feel more people could have showed up. Also I think folks were kind of shy and we didn't really get around to discussing the exhibit or our experience.
Anyways, the show is still running if you want to see it.