My Thoughts on the "Korean Wave"

Mon, 02/06/2012 - 20:37 - foreignerjoy
Printer-friendly version
Tweet
There has been a lot of chatter around the Kblogosphere about how The Girl's Generation went on David Letterman and possibly spoofed themselves. Some say it is not helping the "Korean Wave" advance itself across the ocean, and others give them props for trying. I for one say that this stunt isn't going to help Americans get to know Korea in the way that I know Korea. To me Korea is a place full of unique pop culture and historical trademarks. The food is amazing and you can't go wrong with a country that eats live octopus.

But Americans don't know much about Korea beyond whatever they have in their mind. Without any scientific background to prove this, I bet most Americans (off the street) will associate S. Korea with North Korea and all that hoopla. 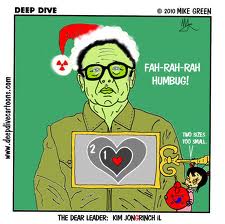 source
More often than I can count,  I have seen spoofs of North Korea appear on The Simpsons and other T.V. shows. If South Korea wants to get itself really out there, it needs to start pushing something big enough to outshine their political lime-light with North Korea.

Most of all South Korea needs to consider how China and Japan made their way into the hearts of good old regular pie-eating Americans. Take for example, Japan and their Anime and Manga genre of culture. When I was starting off in college in 2001, Anime was still taking root. Who would have thought that imagery like the following would have taken Japan to a more iconic level amongst Americans. 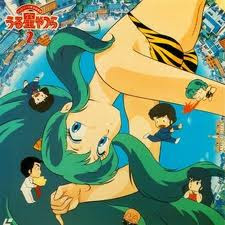 Even shows like Neon Genesis Evengelion, which made no material sense were highly popular. 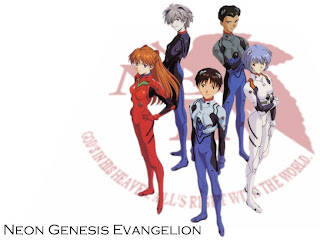 source
Sure, not everyone was bitten by the Anime bug and many found it outright ridiculous. But it opened up a door to other genres of Japanese pop-culture that allowed Japan to be taken as this place of creativity and wonder. Soon people wanted to learn Japanese and study their culture. Despite that most fans became obsessed this fueled what is now likely a multi-billion dollar industry.

Besides Samsung gadgets what does Korea have that reaches the minds and hearts of Americans? Maybe it is K-pop, but that show on Letterman isn't going to do it. If anything, Eat Your Kimchi has proven that there is a cult of people around the world willing to learn more and follow videos about K-pop. Because of the diversity to which bands they review and the extent to which fans comment and share ideas, this shows that K-pop is growing amongst the masses. Of course we know that shows for Big Bang and other idol groups sell out across the world.

But what Koreans want is for Korea to be as familiar to Americans as their neighbors have been for so long. They want a piece of the world's heart, and I don't blame them. Korea has worked really hard to become the country it is today, and I am sure they want to be recognized as a place more than just that country "fighting with the North."

From what I know it is the big old guys at executive positions who push what "culture" they deem the world should taste from Korea. And more often than not this has flopped. But thanks to more pushing by insiders and outsiders, things are starting to change.

I also feel it is our job as expats and those who repatriate to promote and educate the people in our lives about Korea. I am sure we do that already, but don't let it fade out once you have returned home.

I do hope Korea's culture catches on in the rest of the world and when I say to people back home, "I have been living in Korea for the past 4 years." They don't ask me, "Which one, North or South?" They ask me, "Hey do you know that Kpop band....?" or "Hey I heard about Old Boy, is it really scary?"

Girls Generation might not be doing the trick but it might just help someone want to find out more and see that there are slices of Korea worth biting into. At least I hope so.