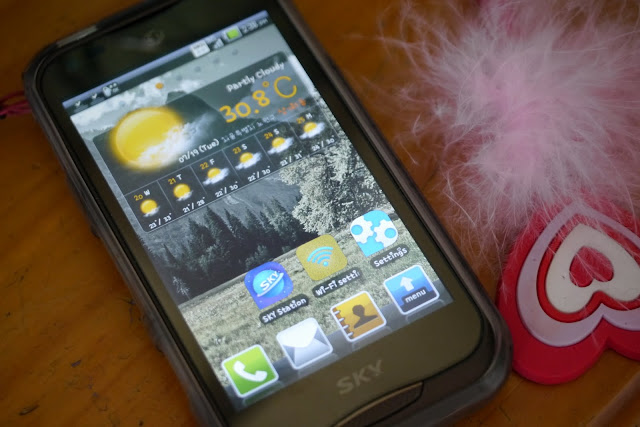 I really thought I didn't need such a thing as an iPhone, mostly because I have an iPod and a phone and really people don't call me that much. But then my friend was snazzily working away at her iPhone looking at a map and Googling something there on the street. I thought to myself, "Maybe I could use such a thing when I go to Jeju. In case I get lost."

Thus ensued a trip yesterday to the KT headquarters in Gwanghwamun with my friend and her Korean boyfriend (who was kind enough to help me.)

The question: "Can a foreigner on an E2 Visa get an iPhone in Korea?" Has a definite answer: "Yes." The issue of whether you really want the thing comes down to this:
You might want to consider these because it deeply affected my ability to choose the iPhone. We got to the store, which was like an Apple store accept full of KT people and a cafe. An employee took us behind a black painted door into a tiny room where my options were presented to me. At first he wanted to give me the plan that cost 55,000 a month, but I knew there was a cheaper one.  So after some wrangling we managed to get a hold of the 45,000 plan.

But then came the extra fees. Since I still have a year left on my old phone contract I would have to pay it up on the new phone. That tacked on an extra 100,000 right there. Then came a small fee for the phone and taxes. So the first bill was going to be about 120,000 won and my regular bill around 65,000. Apparently, there were 20,000 won extra in taxes and phone fee. The look on my face was one of disgust and anguish. For my friend had an iPhone and from what I knew wasn't paying that much. Plus I read on a few forums online that people managed to get a decent plan. It felt like the guy was going to milk me for every English teaching won I had.

In those moments I realized that I didn't really need an iPhone. I figured that all I really need is a smart phone that can do the Google maps thing and help me out in a pinch. I decided to get a regular Android phone, which my boyfriend helped me get later that day.

My monthly bill is going to go up but not as much as it would if I were to get the iPhone. Plus they didn't charge me all that extra stuff for switching carriers. The phone I got is called the SKY Vega, and it does the requested job of mapping and other such stuff.

For those who really must have an iPhone I would do my darnedest to try and get a cheap plan and without all those extra fees. But really it wasn't too hard to show up at that store, ask for an iPhone, go through the plans and get one. Also they do have English staff available, just in case.