Mail That Makes You Dance

I love mail! Postcards, letters, ransom notes, and the ever magical care package- anything sent to me from another country, or even my own, is awesome.  Any non-bill to show up at my door is cherished, (my apartment door covered with delivery magnets can attest to that fact) but for me in Korea, mail in any form is down right magical! 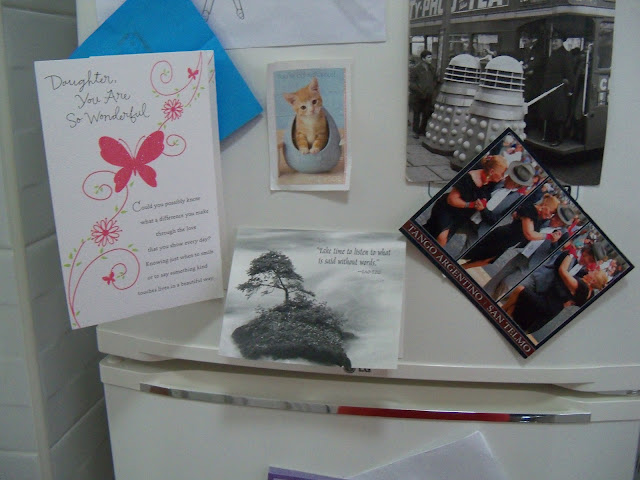 I love things delivered by post so much that I packed an awesome Doctor Who card Seema sent me for my Birthday last year, to help decorate this year's apartment.  I still have postcards people sent me from Europe and Alaska going on 5 years ago.  That is how much I love mail.

My last year-long tango with Korea, I got two proper care packages, both from my awesome Mom; and two bags of stuff also from my Mom by hijacking some room in people's suitcases who were coming to Korea.  The best one last year by far was the surprise Christmas package (even though it's super hard to compete with my favorite homemade cookies for my Birthday) which included the Mason family tradition of getting new Pj's on Christmas Eve.  As a family, we had decided to postpone Christmas until I returned home in March, so getting an unexpected box with jammies that had been washed by my Mom and smelled like home was incredible. 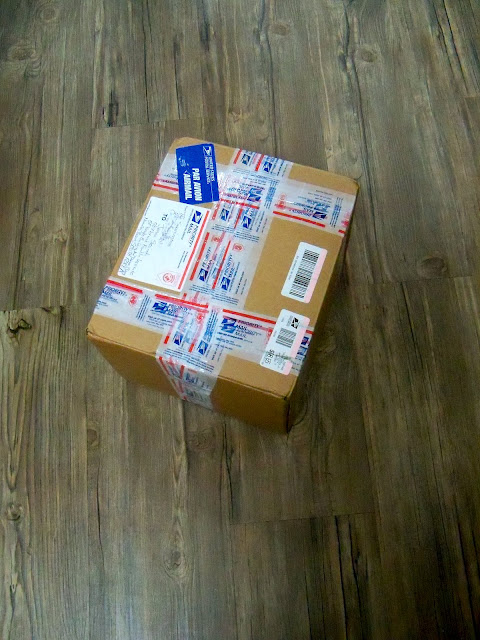 This year I've been so lucky, I've only been back a little over 2 months and today I just got my second amazing care package!  Plus I've also received a letter, two cards and an Argentine postcard!

Care Packages from home when you are over 6,000 miles away beat the pants off of any care package you got in college or at summer camp.  The stuff you get sent from home be it clothes, or cookies or magazines and Ranch dressing, are love and hugs, currency, leverage, and a 5 year old's Birthday Party all rolled into one!


My first care package this year was a total surprise from a friend of the family, Margaret.  Part of what makes getting packages so special and rare is that it is not cheap to send things over to Korea from the States and things get heavy quickly when you're adding in bags of Reese's cups (or thinking about it).  Margaret sent me over these awesome collapsible measuring cups and a big notepad cube and some other awesome little trinkets.  It was a complete surprise to have one of the secretaries from work set a box on my desk out of the blue.  It really was so kind and I appreciated it so much and was so excited, I didn't take a picture of the box. 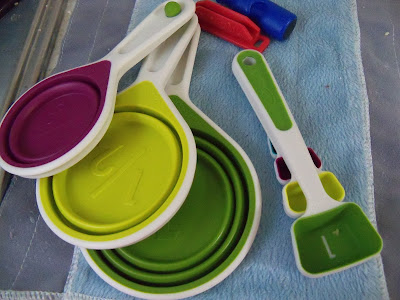 Today's care package and inspiration for my gushing post about mail was giant, excessive, and absolutely perfect, from some of the best people to have ever lived in Busan (and my favorite family to have had a baby here) Day and Josh!  THANK YOU GUYS SO MUCH!!

Having spent two years here Day and Josh know the power of mail, as well as the power of Pop Tarts, cookie dough mix, Marshmallow Fluff, and English Magazines!  Seriously it's been over 4 hours since I got home and opened the "care package dreams are made of," and it's all still sitting on the floor all laid out so I can stare at it as I write. 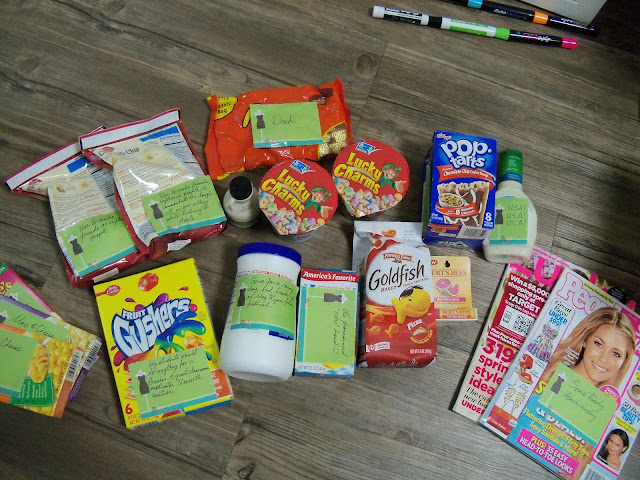 It's like in a matter of hours I've become some sort of high fructose corn syrup hoarder.   I have to say my favorite part of the Dance Happy box, other than the lovely letters from each of them, are the awesome commentary on how to properly get the most out of each item.

Seriously, aren't teachers just the best?  Everyone should be friends with teachers, they're the greatest! Who else is thoughtful enough to send 3 different types of Mac and Cheese? 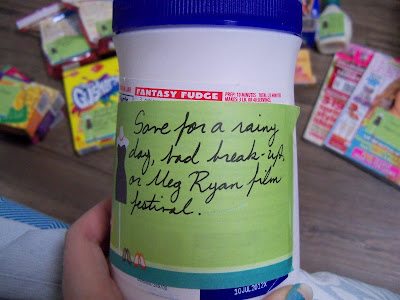 I open the box and sitting right at the top of the Target bag (swoon, I already miss Target) is a giant container of Marshmallow Fluff that reads "Save for a rainy day, bad break-up, or Meg Ryan film festival."  I swear it's like they know me or something. 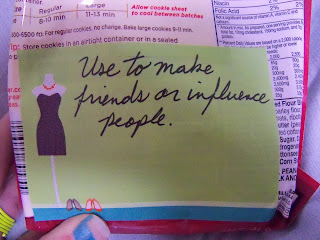 Only people who have lived here know much a bag of Peanut Butter Cookie Mix can in fact make friends or influence people.  My fellow female co-workers upon hearing there were magazines inside my box got excited to be able to share in the spoils (thank you customs labels for a fun preview into the upcoming joy dances- yes I did dance down the hall way at work when I got my box). 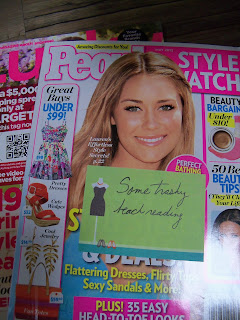 Believe me I have every intention of busting these babies out at the beach- I just hope I can hold out until then... or I might just have to go to the beach tomorrow.


These things may seem weird or random, or even trivial if you haven't spent a year outside of the States or wherever you're from- but for a girl who forgot Pop Tarts existed from being in Korea so long until she ran into them at Target a few days back in the U.S (and probably sounded like a lunatic to other shoppers for commenting way to much on how she couldn't believe that she had FORGOT about Pop Tarts) this serves as a great link to all the random stuff that makes home, homey.

So with a bit of "U.S.A! U.S.A!", and a GIANT THANK YOU! to Day and Josh!  and a promise to return the favor with whatever you miss from Busan (I already have a "Twonkle Twonkle Little Star" hand mirror with your name on it) I wish you... 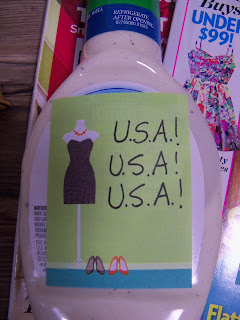 From Busan with post Post-Office Love (and a million Thank You's),
Jenna


P.S. Day and Josh I hope you feel at least 1/10th as happy when you get your eventual Korea Kare Package because this made me dance-around-the-room happy.