The richest man in Asia, Samsung CEO Lee Kun-hee faded away at 78 on Oct 25. Born in 1942, he was the third son of Lee Byung-chull who founded Samsung in 1938, and became the CEO of the company in 1987 following his father's death. Kun-hee is credited with transforming tiny Samsung with 10 trillion Won in sales ($8.3B) at the time he inherited the company, into now 400 trillion Won ($335B) mighty Samsung, the largest manufacturing company in Asia ahead of Toyota, representing 20.4% of whole S.Korean GDP in 2018. To instill a quality mind in employees’ heads, he had 150K defect cell phones torched . To have employees change their business attitude, he ordered his managers to “change everything except your wife and kids.” To support his nation to win the 2018 PyeongChang Winter Olympics, he toured the world to persuade many voting IOC members. Lee Kun-hee will be succeeded by his only son, Lee Jay-yong, 52, who has been leading Samsung since Kun-hee went into coma six years ago after myocardial infarction. 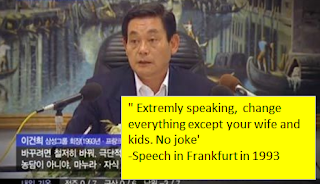 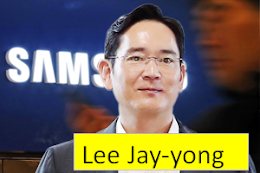 While Lee Kun-hee has been successful in new business ventures, he failed miserably in one area; the auto industry. Known car maniac whose hobby is to collect super cars, Lee announced a plan in 1995 to build Samsung Motors with 250K units per year capacity in Busan. The first model, Nissan Maxima based SM5 sedan, began to roll off the line in 1998. Bad luck as it coincided with Asian Crisis, forcing Lee to sell Samsung Motors to Renault at a fire sale price in 2000. Thank God. A Korean woman stopped short of stepping into the fashion industry despite her large collection of Louis Vuitton and Prada handbags. 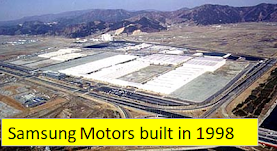 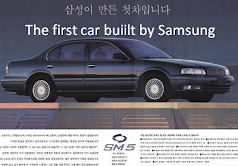 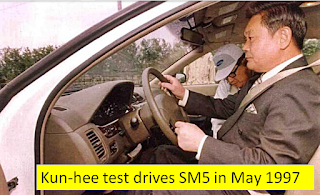