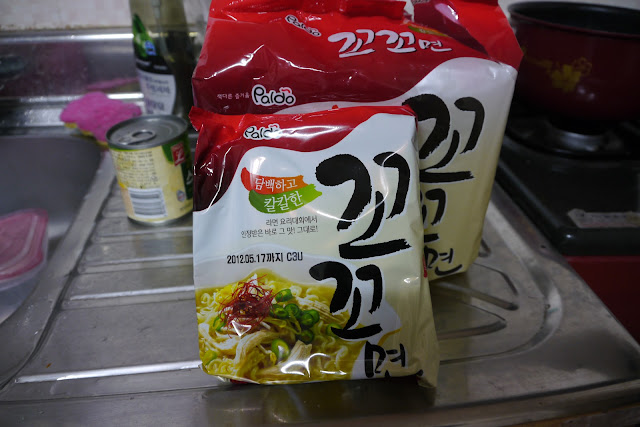 Several months ago I was watching the Korean news on my TV and they were talking about some kind of ramen. It turned out to be a kind made with chicken broth, instead of the usual spicy mix. Ever since then I have been trying to find it at my local marts. I finally gave up, and then last weekend spotted it.

As I started to cook it, I wondered if it would taste like the Chicken Ramen cups I like to have at home. The packaging called for you to add a few extra ingredients, but I only had the egg. 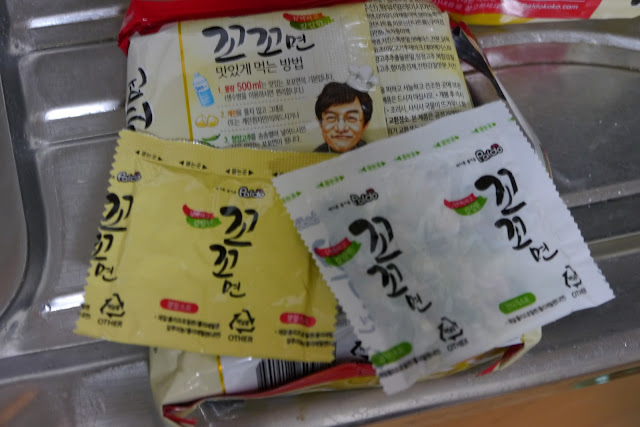 As far as Korean ramens go I usually like the kind that are boasted as "natural" and "well being." Meaning they have a lot of vegetable ingredients and the noodles are not as fried as other kinds. However, I find that most all Korean ramens I try taste the same. Granted, I haven't tried them all, but the spicy sauce seems to not vary much from package to package. 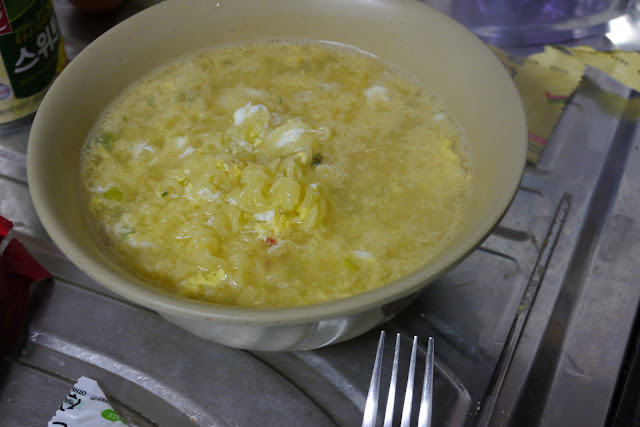 This was my first time cooking ramen with an egg and I'm not sure if I did it right or not. However what you see above is my final result. The overall taste wasn't spicy and did have a strong chicken broth flavor. It was salty, of course, but not too overwhelming. The noodles were nice and chewy. 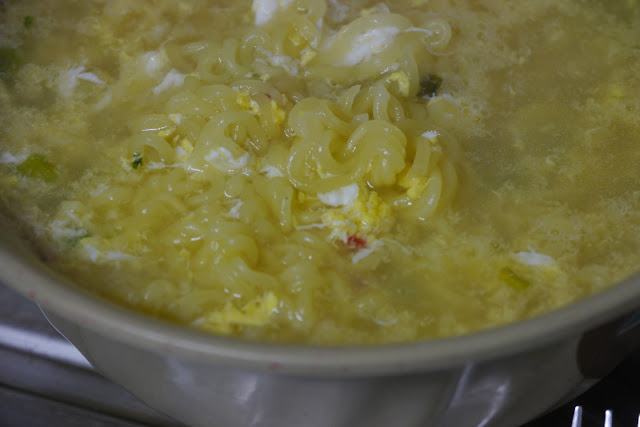 I think this product makes for a good rotation in one's ramen eating schedule, as it is definitely different from the rest. Plus if you put your imagination to it I'm sure you can come up with extra fixings to throw in.