Skip to main content Skip to search
Secondary menu
Home » Jeju Island: Blood, Beauty and the Need for a Naval Base

Jeju Island: Blood, Beauty and the Need for a Naval Base

The school girls in white blouses and plaid skirts surrounded me as I was deciding whether to enter the “Tunnel of History” at the Jeju Museum of War History and Peace in the countryside near the northern coast of Jeju.  Take a picture, they implored, begging me to stand beside them as they photographed me, the grizzled foreigner, snuggling up to their pristine figures. They giggled and grinned, showing me the results on their cameras, and promised to email me the photos to the address on my card. Alas, I’m still waiting for them to make good on their promises, but their all-in-fun visit to the memorial provided a startling contrast between Jeju today and Jeju “then” – that is, in the late 1940s when this verdant scenic wonder of an island was swept by bloodshed and massacres on a scale  unimaginable today.

Understandably, while mirating over volcanic cliffs, burbling streams and the spectacle of Mount Halla, Korea’s highest peak, overseeing the entire island like an enormous guardian of its treasures, visitors tend to overlook the dark side of Jeju, the memory of the bloodletting that’s known as “4/3,” for when civil strife broke out here on April 3, 1948. At the peace memorial a 30-minute taxi ride from Jeju city, I was the only visitor that  morning, not counting the gaggle of schoolgirls besieging me at the information desk outside the entrance to the tunnel.  The memorial definitely was not on the main tourist route for either Koreans or foreigners.

The “tunnel,” a brief rocky passage way on the main floor of the memorial suggests the island’s prehistoric origins before opening to brooding displays of scenes and inscriptions depicts all that went wrong from 1947 to 1954 when finally the central government felt confident enough of its grip to reopen Halla to hiking.  The role of Americans,  in charge of Korean forces as both commanders and advisers, is in evidence in photographs and quotations of their words of praise for officers responsible for suppressing the revolt.

Almost every village has a tale of massacre, none bloodier than that of Bukchon on the northern coast east of Jeju City. Again, when I stopped off at the local memorial, I was the only visitor. Small piles of stones marked the graves of the 20 or so children among more than 400 people shot dead, and stone tablets nearby tell the tale. The story was etched in stone, I’m told, when people didn’t want to talk about what had happened – they feared they would be labeled as “leftists” and get into trouble again.

Nowadays, though, the worst fear is that people will forget the lessons of history, oblivious to wars and rumors of war, while warships and planes cruise over the horizon. Memories, though, linger on deep in the subconscious of the island’s indigenous people, those born of Jeju ancestry, their parents speaking a dialect of Korean that’s barely understood by “mainlanders.”  The sense of history is inescapable.

Nor is all history encapsulated over the slaughter of 4/3 and the months and years afterward. Schoolchildren on Jeju sing a mournful song about a gigantic rock about 90 miles southwest of here where the souls of fishermen lost at sea find their final repose. The rock cannot really be called “an outcropping” since it’s actually submerged several meters, but South Korea has set up a meteorological station with a helipad as visual evidence that it’s there, lurking ominously below. 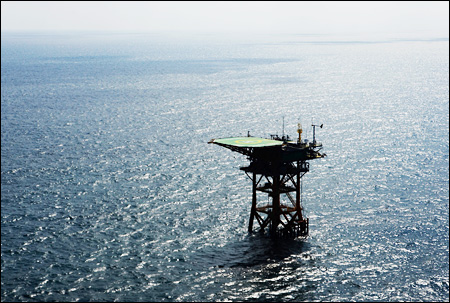 Sometimes, when the seas are rough, the rock, named Ieodo, does appear shimmering above surface, dark and menacing. Suitably, its name derives from a folkloric tale embedded in the subconscious of kids here from the time they’re old enough to mouth the words. Sadly, this particular rock is the latest focal point of tensions between China and lesser countries that the Chinese might prefer to view as vassal states, kowtowing in respect and paying tribute as in days of old.

The tensions compound as a relatively late entry into regional rivalries, the United States, stages periodic war games. The “enemy” is specified, but the games in June were a reminder to  the Chinese of the dangers, any time from now to years away, of pursuing their claim to Ieodo and other more valuable prizes ranging from the Spratly Islands in the South China Sea to the Senkakus, the cluster southwest of Okinawa that Japanese patrol boats are zealously defending from encroaching Chinese fishing and “research” vessels.

The latest performance of fun and games starred the goliathan aircraft carrier George Washington, on a warm and overcast June weekend when the GW led a flotilla of 10 American and South Korean vessels in the seas south of this “island of peace.” As if those games were not enough,  still more ships churned the waters well to the north off the west coast  in the Yellow Sea. Nobody aside from participants and a few journalists got to see them, but you could hardly missed the spectacle on television of troops repelling a mock North Korean invasion on land north of Seoul just south of the demilitarized zone. Fighter planes, helicopters, tanks and cannon zoomed and boomed in a show that carried a clear message to the North: don’t even think about a repetition of the invasion of June 25, 1950, the opening number in the bloodiest war in northeast Asian history.

North Koreans responded with volley after volley of rhetoric, some of it quite threatening, but  it was hard to see the verbal onslaught as the precursor to a war. The North Koreans prefer to catch their foes by surprise, as in the Cheonan and Yeonpyeong Island attacks of 2010 – as indeed they did when they invaded South Korea –not when the Americans and South Koreans are brandishing their weapons and baring their teeth.

The sense of peace and tranquility is overwhelming on Jeju  even as young demonstrators wearing papier mache images of dolphins and seagulls and other native creatures enact their futile protest against construction of a South Korean naval base on the south coast of the island.  The protesters are sure U.S. warships will be docking at the base, but officials in the Jeju governor’s office say no way. Rather, U.S. warships will cruise far out to sea, perhaps putting in at Busan or perhaps the naval base at Chinhae on the southern coast before returning to their home port at Yokosuka south of Tokyo. 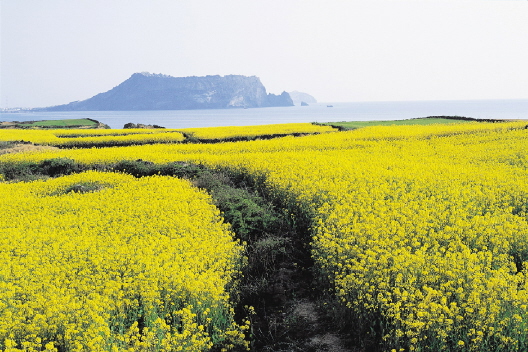 The challenge facing Jeju officials, when it comes to the navy base, is to make sure the central government lives up to its promise to build berths big enough for two cruise ships at a time. Then it’s possible the base, whenever it’s completed, will recede into the background as an obscure installation in a somewhat remote province where views on having it are quite mixed. Angry though some people, including local villagers, seem to be, the base may bring in income.

Certainly, in the development of the island for tourism in recent years, worse affronts to the eye have risen up and down and all-around the coastline. Not all those tourist hotels and resorts are exactly beautiful.  It would be difficult, however, for any of them to obscure the sensational beauty of a place where snow covers Mount Halla in winter and palm and orange trees grow all year down below.

Donald Kirk is a veteran correspondent and noted author on conflict and crisis from Southeast Asia to the Middle East to Northeast Asia. He has covered wars from Vietnam to Iraq, focusing on political, diplomatic, economic and social as well as military issues.

He recently returned from Okinawa, Japan and is on the ground covering issues surrounding the construction of a naval base on Jeju Island.

He most recently published “Korea Betrayed: Kim Dae Jung and Sunshine.” His Web site is donaldkirk.com

Note: There is a print link embedded within this post, please visit this post to print it.
About 3WM   Archives   Podcast   Headers   Funky Seoul  Submissions   Artists  YPC