I honestly would not have been able to see as much as I did without the Japan Rail Pass.  It is awesome!  It's pretty expensive, but if you're going to travel all over Japan it's totally worth it.  As much as I saw it definitely paid for itself.  It's hard to know exactly how much I would've spent on trains since my tickets didn't have prices on them, but I've read the pass pays for itself in one round trip between Tokyo and Osaka. 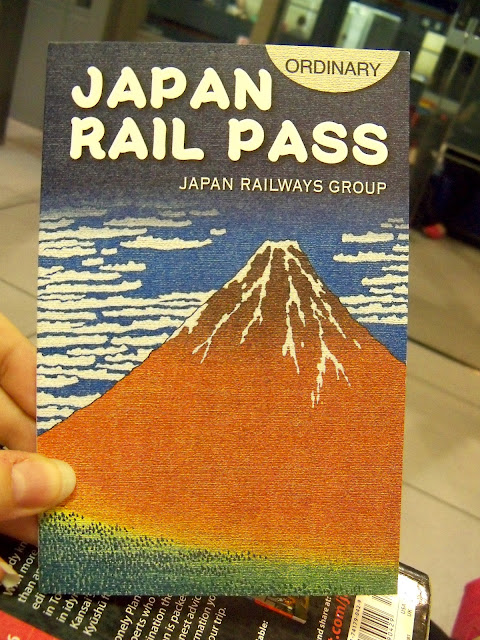 Having a Japan Rail Pass is like having the Golden Ticket to Willy Wonka's Chocolate Factory.  It's a pass that you have to buy outside of Japan (I got mine through a Korean travel agency) and is only available to foreigners. I got a 7 day pass that costs 28,300 Yen and used it like crazy.

Seriously, this thing is magic. I used it to get to and from everywhere!  I was even able to use it on some of the subway lines in Tokyo.  You just walk into the JR office and tell them where you want to go, and instantly they put you on the next train going there.  It's fantastic.  I didn't have to make reservations or anything, I would just show up at the station and it would all get worked out. 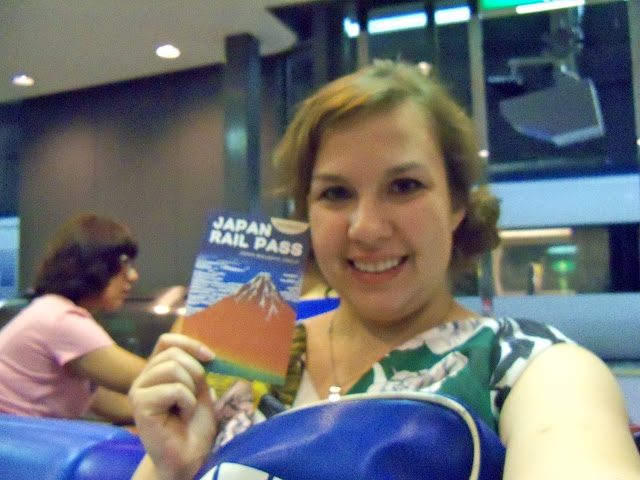 I will say though, the first train ride did get off to a bumpy start.  At the Osaka airport (where I flew in and out of) I got my awesome JR Pass and got my ticket up to Tokyo so I could make sure I saw that nights firework festival.  I had to wait about 40 minutes for the train to come, and the time came and went and my train hadn't arrived (or so I thought).  There had been a train that said "Kyoto" on it, that I didn't realize was the train I was supposed to get on.

It could've been a major pain getting a new ticket, but all I had to do was go back up to the ticket office and show my golden ticket and get new tickets for the next train.  Yes I could've arrived in Tokyo an hour earlier, but at least I didn't have to pay extra for my stupid mistake.  Also you can bet that I confirmed most of the trains before I got on them this trip to make sure I didn't repeat the same mistake. 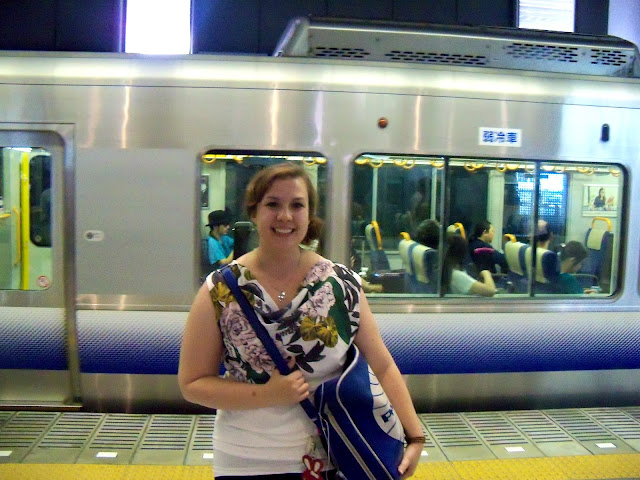 I'm really glad I got the JR Pass, it was so worth it.  I wouldn't have been able to go and see half the stuff I did.  I ended up maybe spending 10 dollars total on subways and things that my JR Pass didn't cover.  I would show the Station employees my pass and get whisked through turnstiles like it was nothing.  Seriously it doesn't take much to make me feel like a VIP, and this past week I felt like Charlie Bucket and I had the keys to all of Japan.

Back in Busan with Love,
Jenna