How To Say ‘Work’ In Korean

Thinking of making a move to Korea and curious what your options are? Most people move there after landing a new job. So learning how to say ‘work’ in Korea will make life much easier for you!

We’ll teach you how, with examples and audio so you can add this new vocabulary to your repertoire.

Let’s get to work! 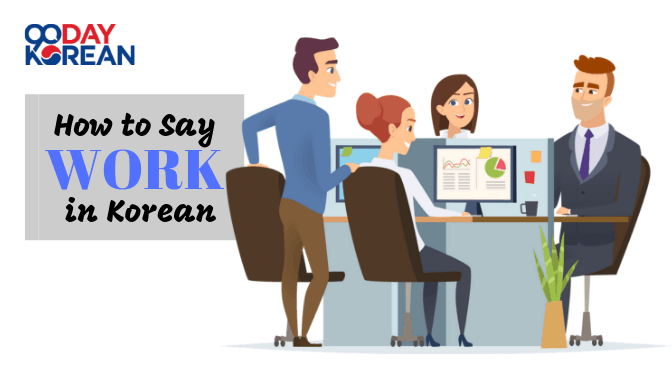 The base verb for how to say ‘work’ in Korean is 일하다 (ilhada). 하다 means ‘to do’. So that means the word 일 (il) means ‘job‘ or ‘work’ – it can also be used interchangeably for these words as a noun.

There are also a handful other ways to say ‘work’ in Korean.

Another way to say ‘work’ in Korean is 근무하다 (geunmuhada). This is actually the closest word to ‘work’.

일하다 (ilhada) is the general word for ‘work’ and can be used to describe where you work, what kind of work you do, etc. On the other hand 근무하다 (geunmuhada) is limited to describing when you are at work or when you are working.

작업하다 (jageopada) also means ‘work’. However, rather than being a general word for ‘work’, it is usually used to mean a certain operation, process, or something similar.

The words 작업 (jageop) and 작업하다 (jageopada) are especially used for painters, and other types of artists such as musical artists, as well as for carpenters, those working in architecture, and so on.

직장을 다니다 (jikjangeul danida) also means ‘work’. In this case, it is typically used to describe yourself or someone else working an office job specifically. 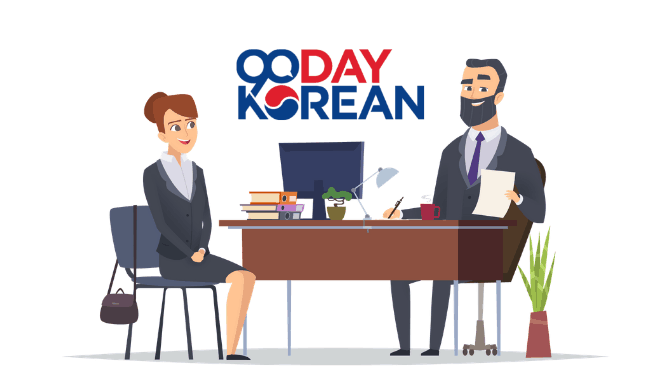 The post How To Say ‘Work’ In Korean appeared first on 90 Day Korean®.