How To Say ‘How Do You Say…’ in Korean

A major way to enhance your Korean learning is to actually use Korean as much as possible. There is no way of getting around that! Whether it’s reading, writing, speaking, or listening, it truly is “practice makes perfect.” Understandably, if you are only just starting your journey of learning the language, it may be difficult to use or understand more than a few words at once.

However, once you have studied your way at least to an intermediate level, it will get easier to use Korean in a variety of ways. One cool way to enhance your learning is to ask for the meaning of Korean words and phrases in Korean! Yes! Aren’t you excited that today you will get to learn ‘How do you say…’ in Korean, making learning Korean even more exciting than it already has been?! Alternatively, by learning this sentence in Korean, it will also make it easier to help your Korean friends learn your language as you can now understand when they ask you this question!

‘How do you say…’ in Korean

So how would you say this in Korean? The beginning of the phrase is dependent on what you are asking about, but you have two options for the ending. The first option is 어떻게 말해요? (eotteoke malhaeyo?) or 어떻게 말하죠? (eotteoke malhajyo?). The second option is 뭐라고 말해요? (mworago malhaeyo?).

And how to begin this sentence in Korean? If you do not include the actual word or phrase in the sentence, you would start with 이것은 (igeoseun) or 이것을 (igeoseul). Both words mean ‘this’ in English. Then you will add the word for the target language, attaching 로 (ro) to it. Otherwise, you can just say the phrase or word, and use the phrase you just learned directly.

Associations for ‘How do you say…’ in Korean

So how to create associations for “How do you say…” in Korean? Let’s use the most common one, 어떻게 말해요? and break it down:

To remember 어떻게 let’s imagine that you’re learning how to do something from your teacher but she’s telling you the way you were doing it is “n ot okay” (imagine she’s a foreign teacher to explain the unique way she says not without an n and a long o).

For 말해요, or in its standard form 말하다, just think of a shopping mall that had a speech given for it. In fact, imagine the shopping mall itself gave a speech! (ridiculous stories and images are often easier to remember). And for the conjugation into the formal form of -해요? The mall is Ron Burgundy saying “heyo!“

Now we put the story together: Your teacher is telling you how to do something by telling you what’s “n ot okay” (어떻게) and what’s stranger is that the teacher is a sentient shopping mall you’re inside of that keeps saying “heyo!” (말해요).

Use this story to remember the phrase 어떻게 말해요? (remember to put what you want to know how to say at the beginning) or think of your own mnemonics and share them with us in the comments below! 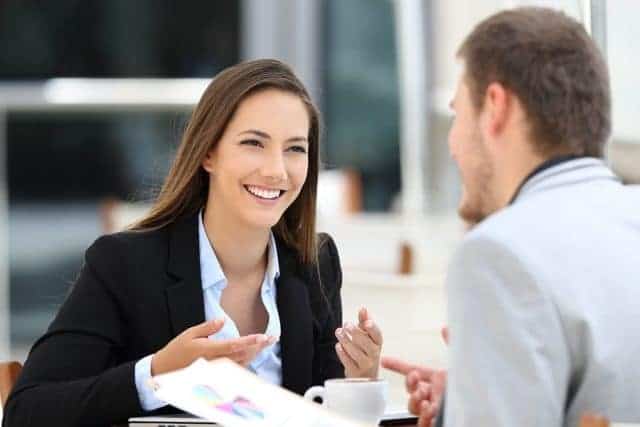 How do you say this in Spanish?

How do you say thank you in formal Korean?

How do you confess your feelings to that guy?

Now that you know “How to say…” in Korean you can ask your Korean friends how to say anything! What word or phrase would you like to know how to say next? Let us know in the comments below!

The post How To Say ‘How Do You Say…’ in Korean appeared first on 90 Day Korean®.