Mon, 04/04/2016 - 09:08 - SeoulSearching
Printer-friendly version
Tweet
Defined by its volcanic landscape full of craters and cavelike lava tubes, as well as its gorgeous coastlines and iconic Halla Mountain, Jeju Island is a must-visit destination on any trip to Korea. And, considering the fact it’s a quick one hour plane ride from Seoul, it’s convenient, too.
Unlike Seoul's subway and bus systems, the island’s public transportation system isn’t very well established. Outside the main city, taxis are fairly hard to come by and buses are infrequent. Renting a car is highly recommended to see the sites, but for those like myself that prefer to sit back and let someone else do the dirty work, YEHA Tour’s private tours are the best bet.
With eight years experience, the tour agency offers a slew of customized and group tours around the peninsula. In Jeju specifically, the company offers bus tours that cover attractions on three different sides of the island (east, south and west), car rental services, activity tickets and private day tours, which is what I opted for on my most recent trip.

From the get-go, YEHA maintained good communication and was quick to answer any questions I had. On the day of our scheduled tour, JiHoon, our guide and driver for the day promptly picked us up at our hotel and recommended a doable itinerary based on our preferences. We would cover the east side of the island.

We really lucked out getting JiHoon as our driver, as he was not only extremely professional and knowledgeable about the island, but was fun and had a really interesting background so he was really easy to get along with. After informing us about some rather interesting tidbits about Jeju (such as the haenyeo women divers, local shaman beliefs and the fact that Jeju gets more visitors than even Hawaii) we made our first stop at Seongeup Folk Village. 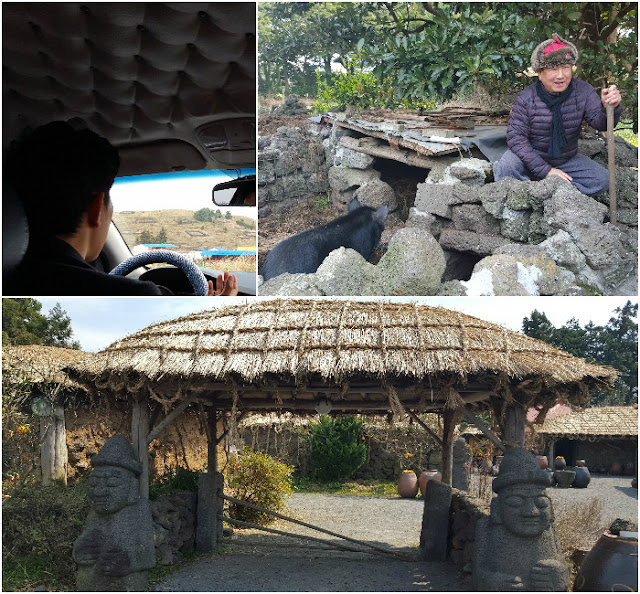 Located at the foot of Mt. Halla on Jeju Island, Seongeup Folk Village is a small town that holds a vast amount of culture. Cultural properties in the folk village have been handed down from generation to generation and include treasures such as residential houses (which are still lived in), Confucian shrines and schools and the stone grandfather statues (harubang), which have become icons of the island.

We got to talk one-on-one with one of the local residents who was as hilarious as he was informative. He introduced us to Dolse, a resident local pig who lives in the "outhouse," which was once common back in the day.

Passing along vibrant rapeseed fields, we soon came upon Seongsan Ilchulbong Peak, a mountainous structure that rose from under the sea in a volcanic eruption over 100,000 years ago.

While the southeast and north sides are cliffs, the northwest side is a verdant grassy hill that is connected to the Seongsan Village. The ridge provides an ideal spot for walks and for horse riding and was even named one of the seven wonders of nature. 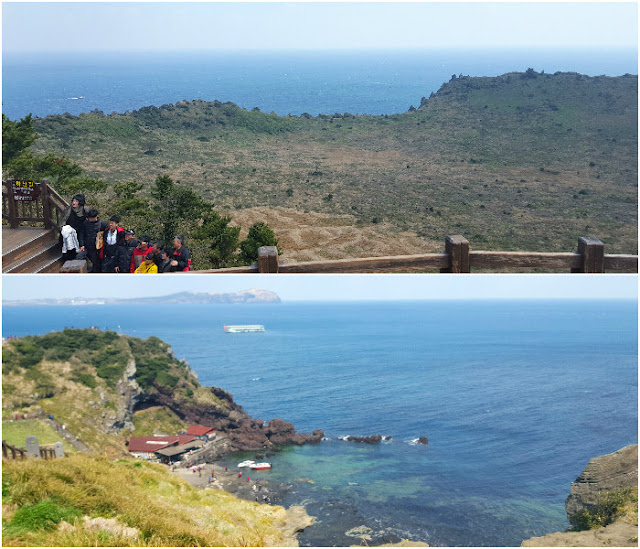 For lunch, JiHoon went out of his way to find us a good sashimi restaurant at our request, going as far to call his friends for the best recommendations. We ended up at Paekrog Raw Fish House (백록회관), an incredible eatery with stunning views of the sea.

JiHoon recommended the sashimi set, which ended up being more of a feast, and included all the local specialities, from abalone rice to raw shellfish to a boat (literally) of thinly sliced whitefish. The meal concluded with a finale of a mild seafood stew, which put us in a slight food coma. 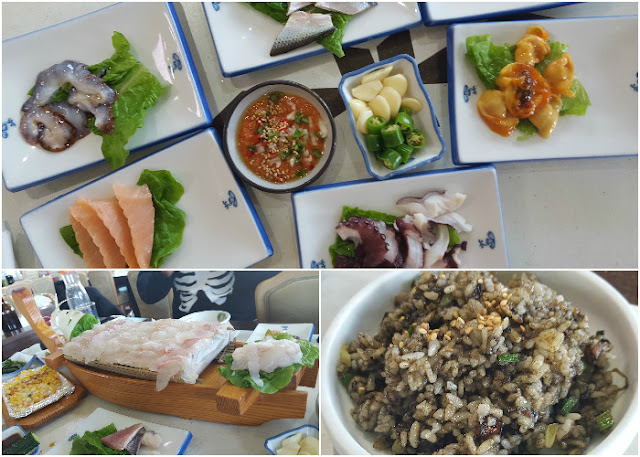 Fortunately, the next part of our tour consisted of a pleasant drive along Jondalri Road—a scenic route that snakes along Jeju's Northwest coast and offers gorgeous views of the emerald water, towering wind turbines and white beaches. 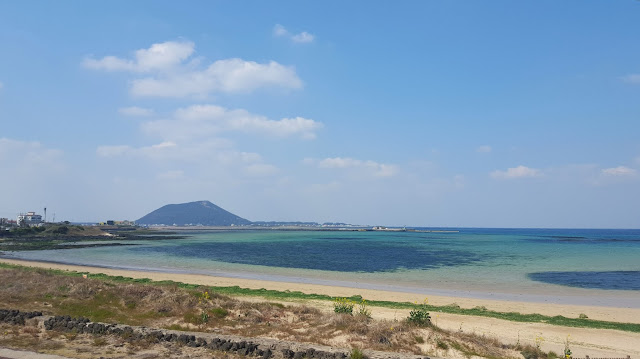 We stopped at Woljeongri Beach (월정리 해수욕장), a small but pristine stretch of beach. It's apparently one of the less frequented of the island's beaches, but has recently grown in popularity among Korea's twenty-somethings for its quaint cafes that each offer nice views of the coast. The area, JiHoon told us, was a personal favorite of he and his girlfriend's. We opted to avoid the crowds of couples taking engagement photos and popped into a convenience store for a beer instead. 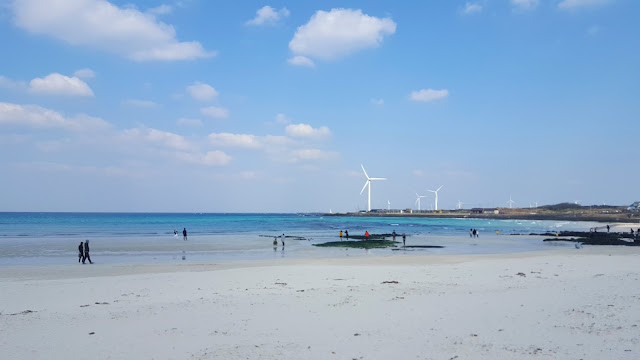 It took about an hour to make it back to our hotel but the ride was a comfortable one. JiHoon was eager to share a few more restaurant recommendations at our request.

Thanks to JiHoon and YEHA Tour, we were able to see, eat our way through, and experience Jeju Island in a way we wouldn't have otherwise been able to.

Particularly for those with a limited amount of time, or for visitors who would prefer to have local insight on an otherwise touristy destination, YEHA Tour is the way to go.

Disclaimer: Though this post was partially sponsored by YEHA Tour, the opinions are, of course, my own.