Days of the Week in Korean

Maybe you’re making an appointment, or maybe you’re planning to make a reservation for a table at a restaurant, or a room in a hotel, or tickets for a plane during the week – you’ll need to know how to say weekdays in Korean for this, too. On occasion it’ll be good to know the days of the week just to explain past, current or upcoming events in your life to whoever you’re conversing with.

Let’s cover the days in Korean. 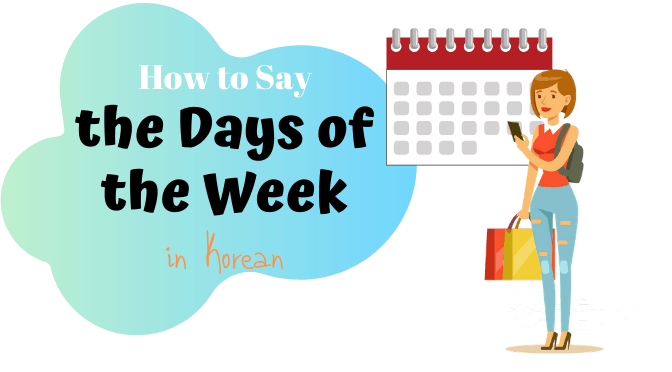 Days of the Week in Korean

As you may have guessed already, the word 일 (il) means “day” in Korean. Many Korean words in the language follow patterns like this, just like in English, so it’s helpful to pay attention to them as you learn Korean. Similarly, 요일 (yoil) also translates as “day”, specifically when used to denote the days of the week.

Once you get used to the pattern, it shouldn’t be too difficult for you to learn or memorize them. Let’s go over a sample sentence for each one just to increase the amount of times your brains will have seen each word. 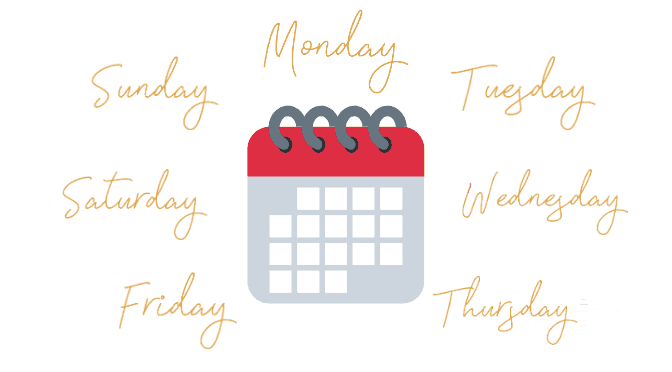 These sample sentences use Standard Korean. You can use them in most situations, they’re considered polite.

3. 이번주 수요일에 가족과 함께 여행가요 → I will go on a trip together with my family this Wednesday

4. 목요일 에 콘서트를 보려고 해요 → I intend to see a concert on Thursday

7. 일요일이라서 하루종일 쉬고싶어요 → It’s Sunday so I just want to take a rest all day

Did you also know that each day of the week has a special meaning in Korean?

Depending on how familiar you are already with Korean, you may have noticed these words, but let’s go over them together once more.

월 (wol) means “moon” (and is also used as the nominator for each month in Korean).

화 (hwa) means “fire” – shortened from the word meaning “fire” and “blaze” in Korean, which is 화재 (hwajae).

수 (su) means “water” and you can see it for example in words such as 수영 (suyeong) which means “swimming”.

All of these words are based on the hanja character writing system, which originated from China.

Now that you've learned the days of the week in Korean in this lesson, it is a great time to go out and practice your new knowledge! If you want to learn more great Korean we have tons of great posts and articles to choose from.

Let us know in the comments what you hope to learn with us next!

The post Days of the Week in Korean appeared first on 90 Day Korean®.