Wed, 08/06/2014 - 19:40 - SeoulSearching
Printer-friendly version
Tweet
When I first moved to Korea, I spent every minute of my free time getting lost in the neighborhoods of Seoul. Wandering the unknown became a hobby and through it, I was able to learn a lot about my new home and discover many a hidden gem, whether it be a cafe, an interesting sculpture or a peaceful green space to sit and rest for a while.

As time went on and I grew accustomed to my new city, the neighborhoods lost a bit of their magic and I became slightly jaded. Over the past few weeks, however, I began to miss those afternoons spent in solitude and discovery and decided to get back to exploring the streets of the city. The historic district of Seochon-dong was first on my list. I had no expectations, which is probably why I was so delighted to have stumbled upon Dae-oh Book Store 33 Cafe. 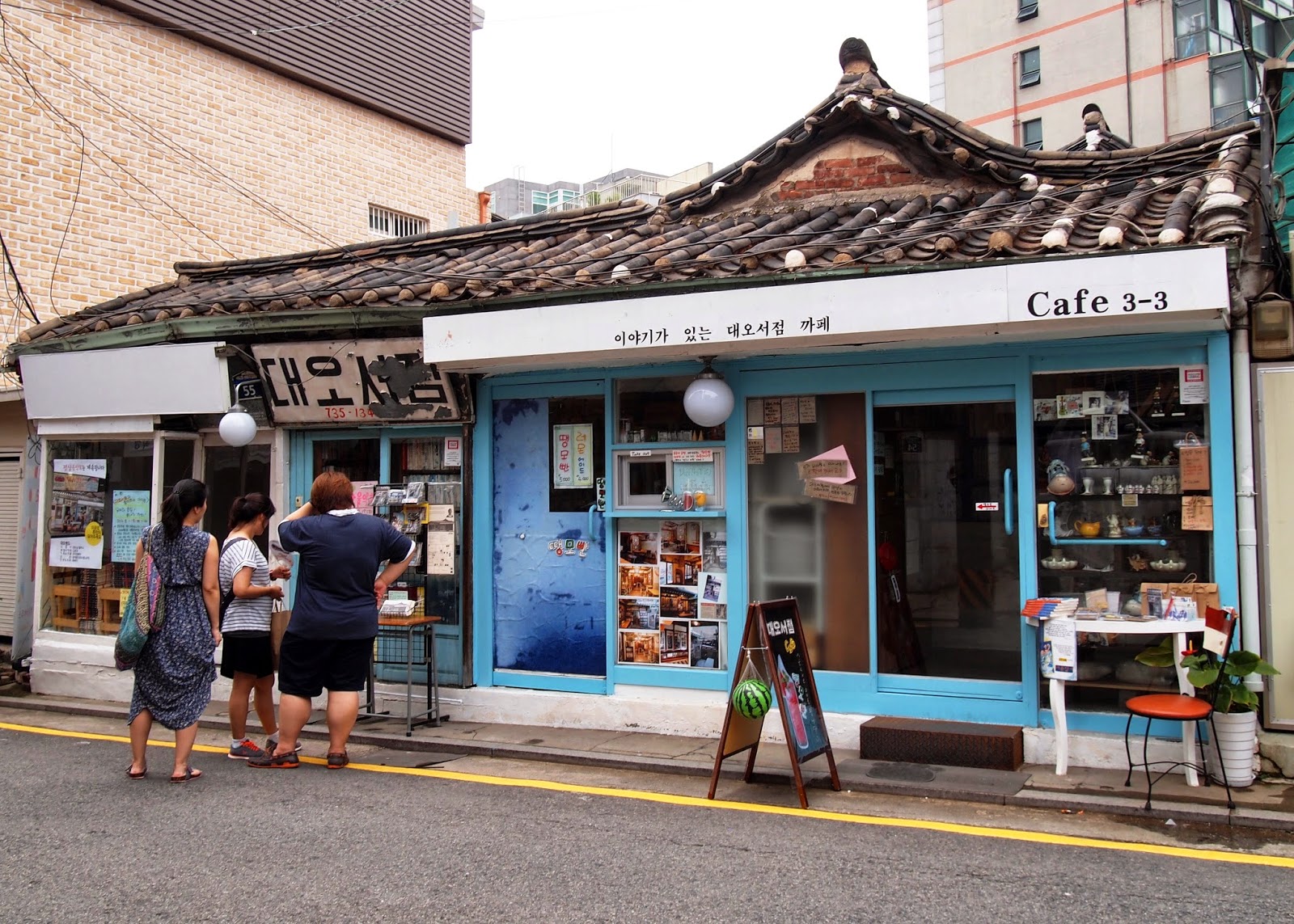 Although Dae-oh is certainly no secret, it's obscure location keeps it off the radar of tourists and residents alike. Opened in 1951, it is the oldest second hand bookstore in the entire city and its worn signboard and rickety yet charming facade validate this fact. After the owner passed away, his wife, Kwon Oh-nam, decided to keep the bookstore open for business against the wishes of her family, as it was all she had left of her dear husband.

The years passed and as customers began shopping at larger book franchises and on the internet, the business suffered financially. There were times when Mrs. Kwon could only make a few sales a month. Still, dedicated to her husband and intent on maintaining Dae-oh Book Store for the sake of history and culture, she was able to keep it running. About a year ago, she and her family decided to transform the store into a cafe. One member of her family that has been particularly active in keeping the business' legacy alive is Jang Jai-hun, her twenty-year-old grandson. 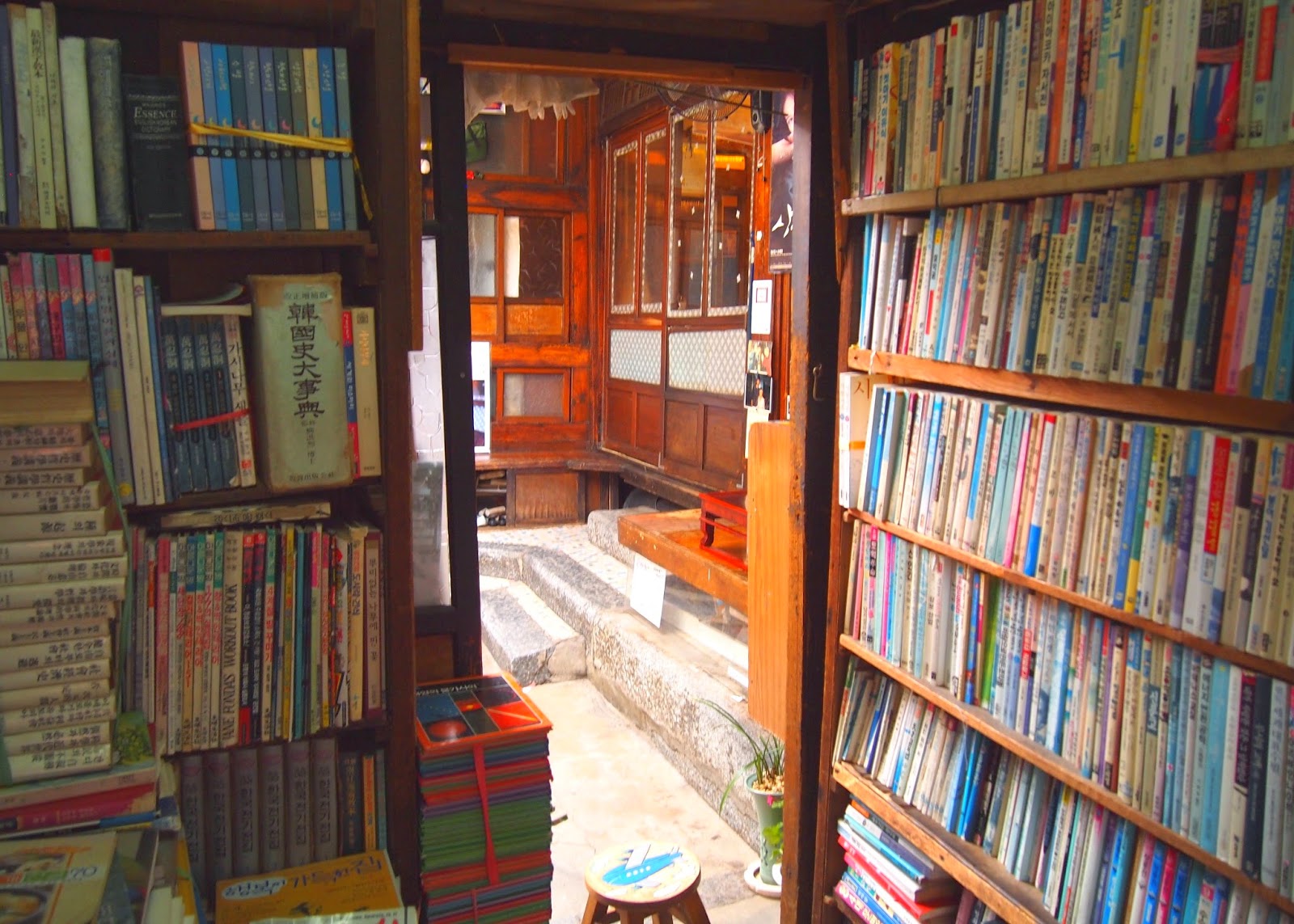 I had the pleasure of meeting Jai-hun on my visit to the shop and he was eager to tell me more about the bookstore, the cafe and the hundred-year-old hanok (traditional Korean house) in which the two are housed. Jai-hun told me that at times, there were up to 9 family members residing in the small home. Despite the years that have passed, the house has remained relatively the same, and the furniture, decor and knick-knacks used in the cafe are the family's actual belongings. 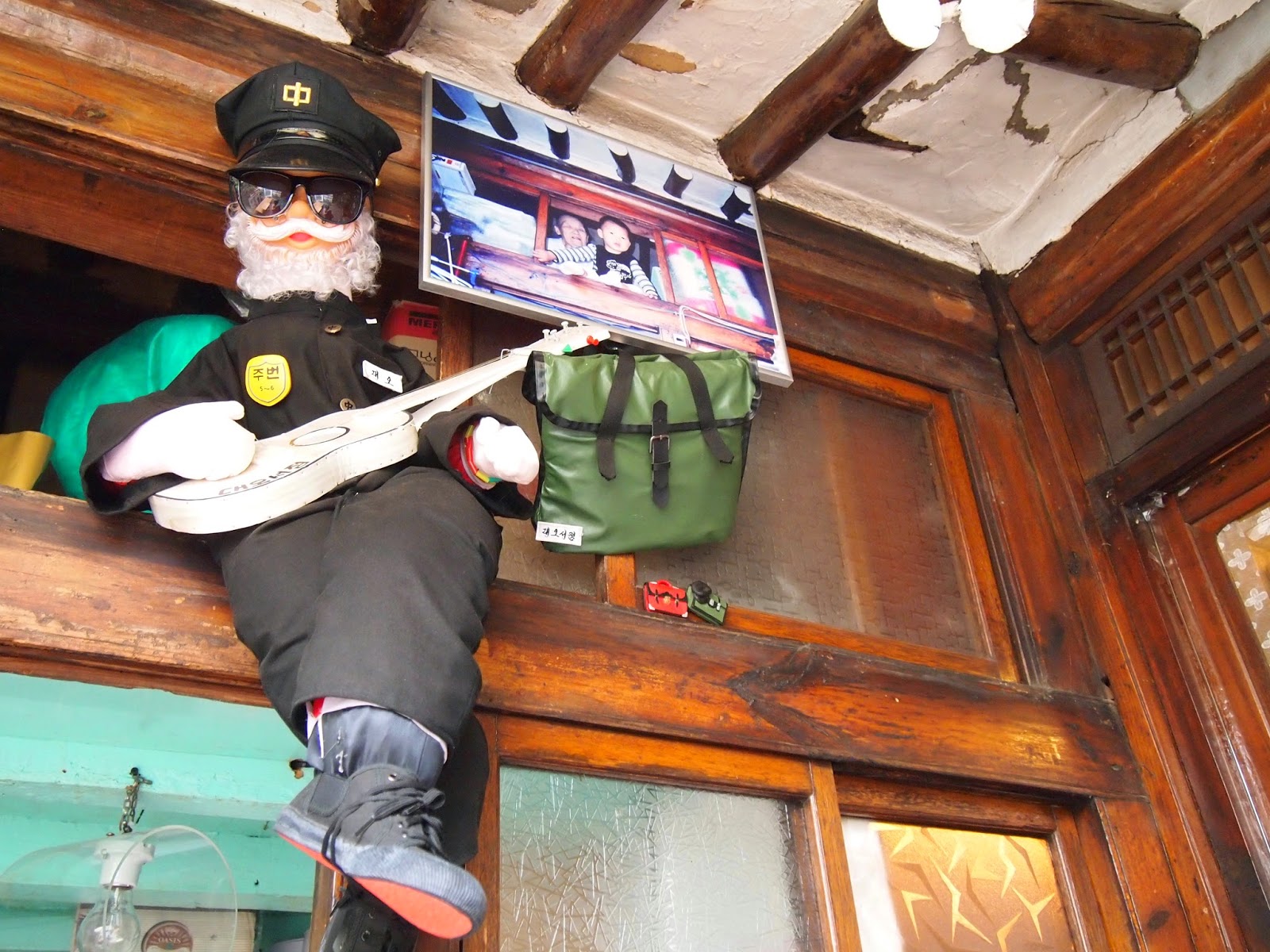 I ordered a watermelon juice- the cafe's signature beverage- and it was served on a wooden tray with a map and the story of the home, and a dalgona lollipop, old-fashioned Korean candy made from burned sugar. I took a seat at a small desk overlooking the home's courtyard. Looking around, I felt like I had traveled back in time to the years of the Korean War. Hanji (Korean paper) dolls, an antique wardrobe, wooden sticks once used for ironing and black and white photos all contributed to the homey and nostalgic atmosphere. 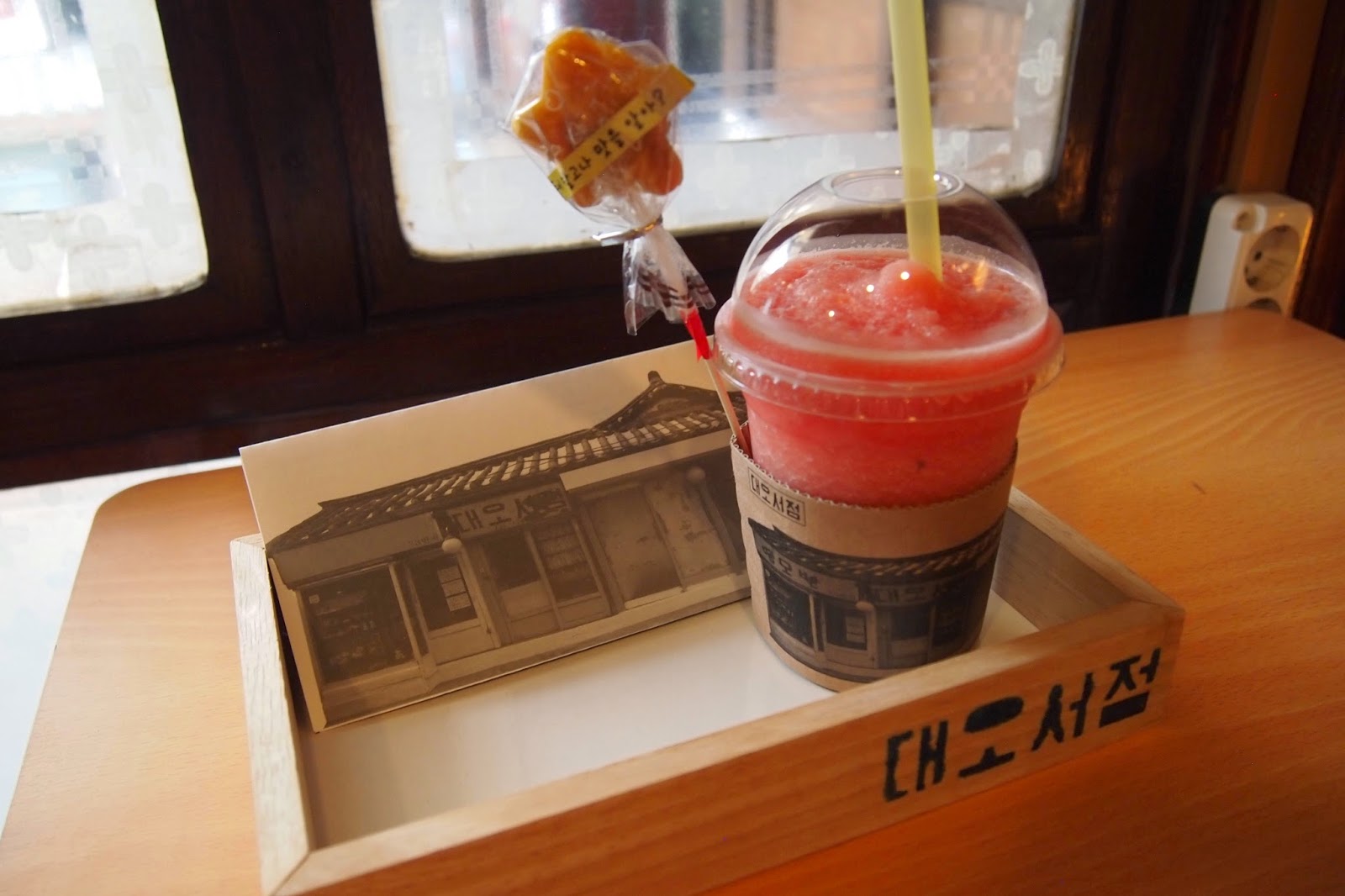 The courtyard was just as quaint, with its old water pump, kimchi pots and chili pepper plants. Visitors can also peek into the kitchen and spot old appliances and vintage records. Attached to the courtyard is the remains of the bookstore, a small room which contains hundreds of fading comic books, text books, story books and magazines. 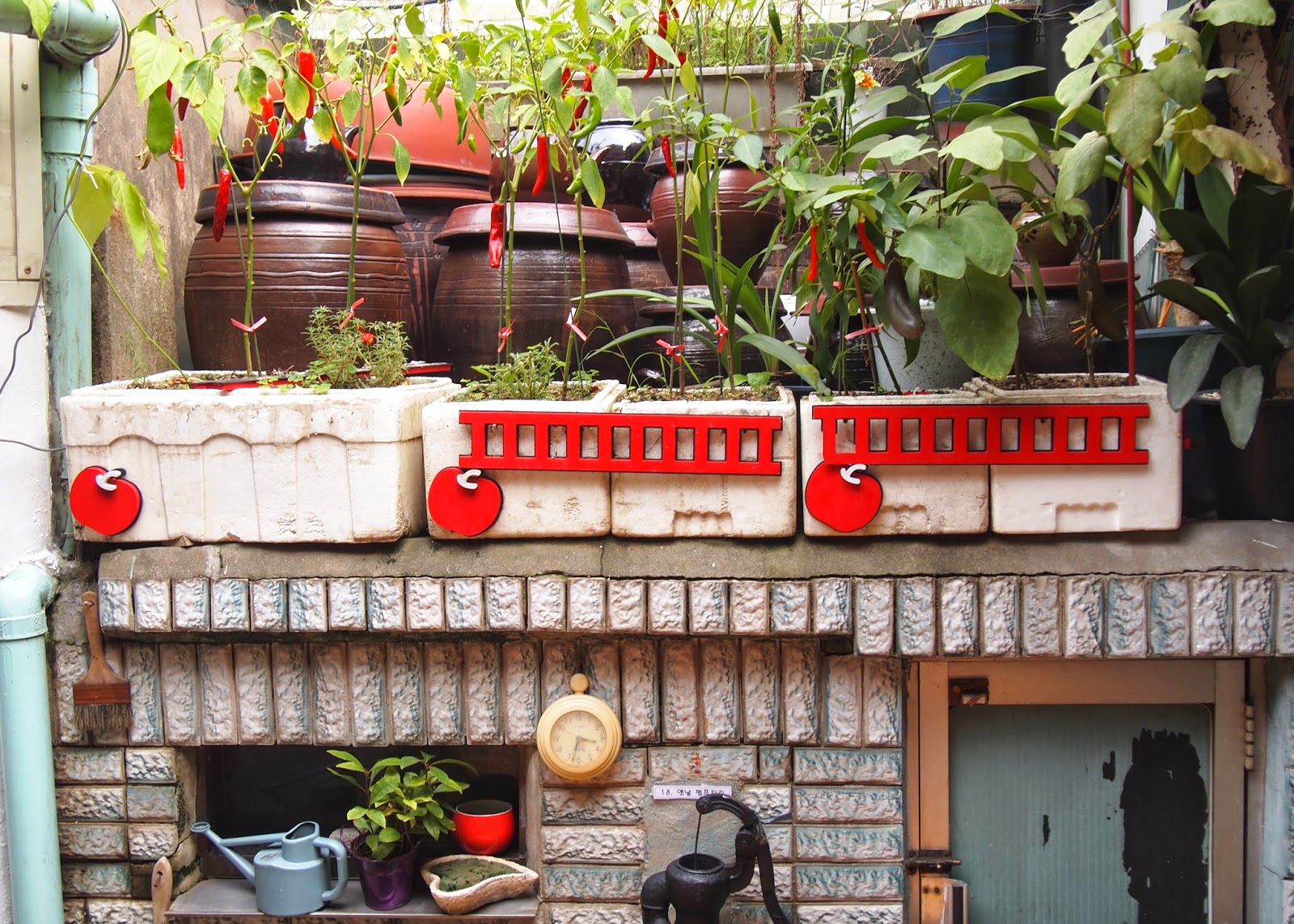 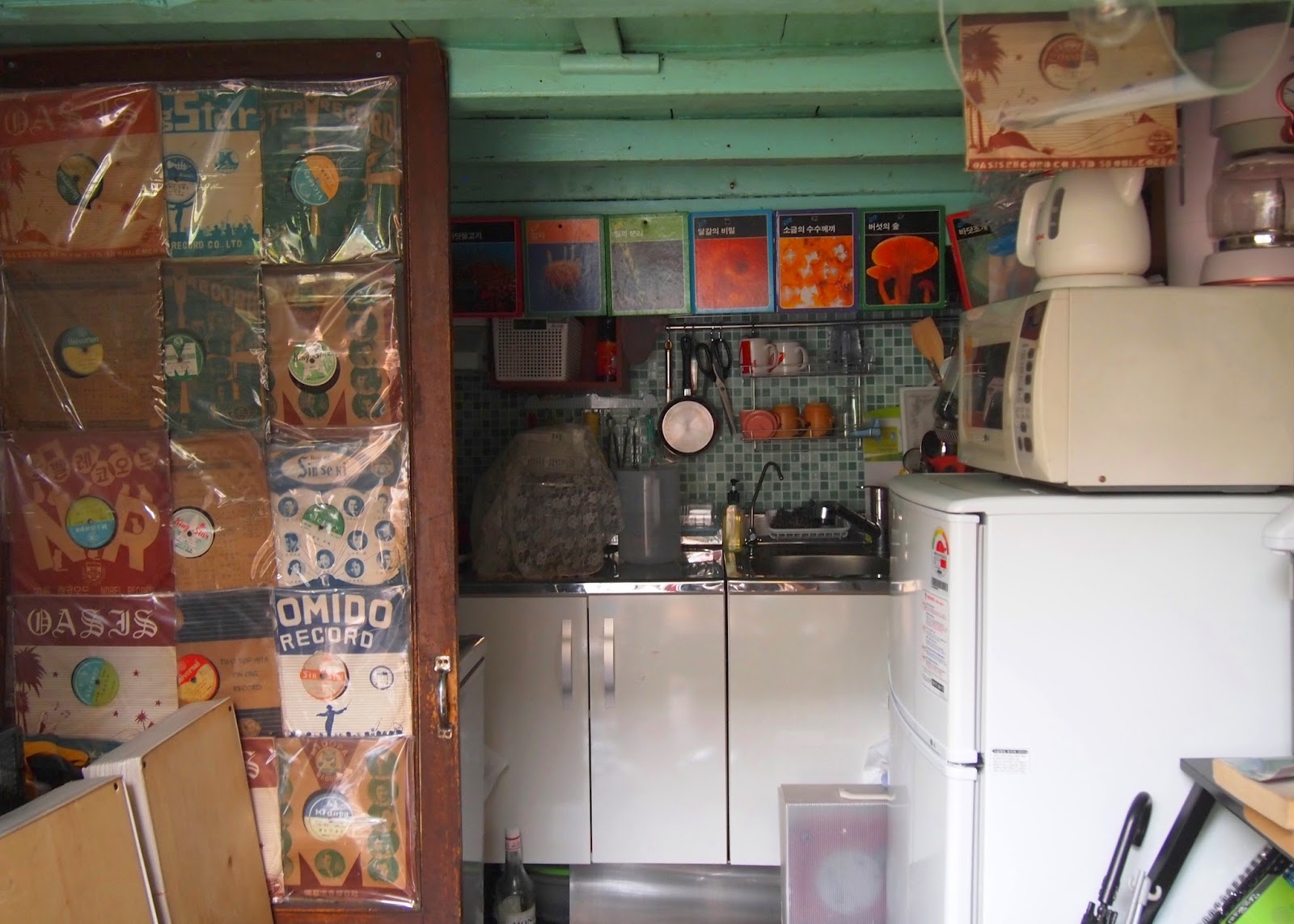 I noticed that there were a number of posters hung throughout the hanok indicating that Dae-oh Bookstore was a filming location for the Korean drama Shark as well as the backdrop for fashion shoots featuring modern hanbok (traditional dress). The photographs are a testament to Dae-oh's importance to the community, even today, as a landmark of the historic Seochon Village. 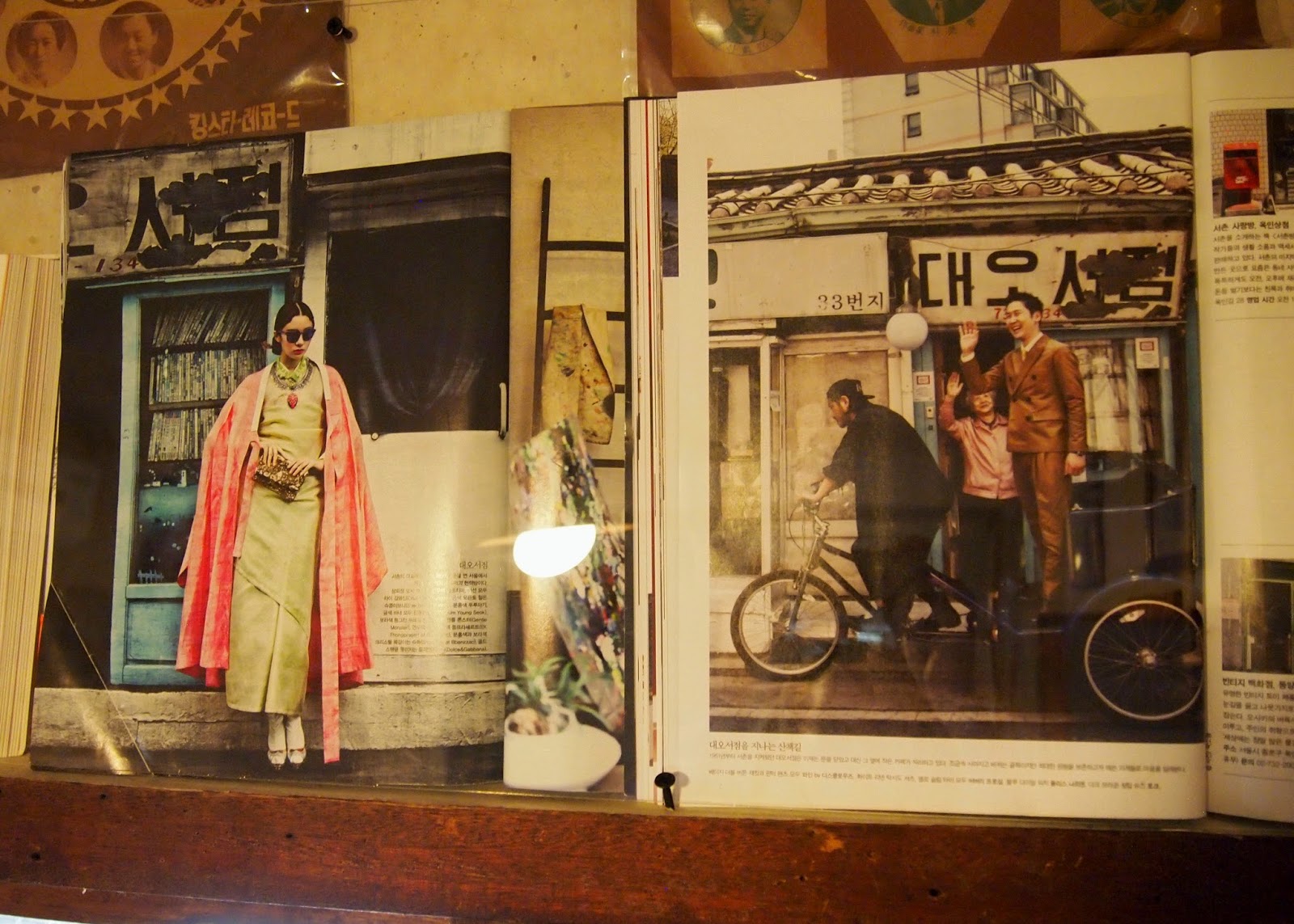 Jai-hun also told me that he hopes Dae-oh Book Store 33 Cafe can be a space where culture and art thrive, like many of the galleries that surround it. From time to time, there are concerts held in the courtyard and photographs and paintings by local artists hung on the walls.

Whatever the future of Dae-oh Book Store 33 Cafe may be, one thing is for certain: it will always be cherished as a landmark of history, tradition and family. 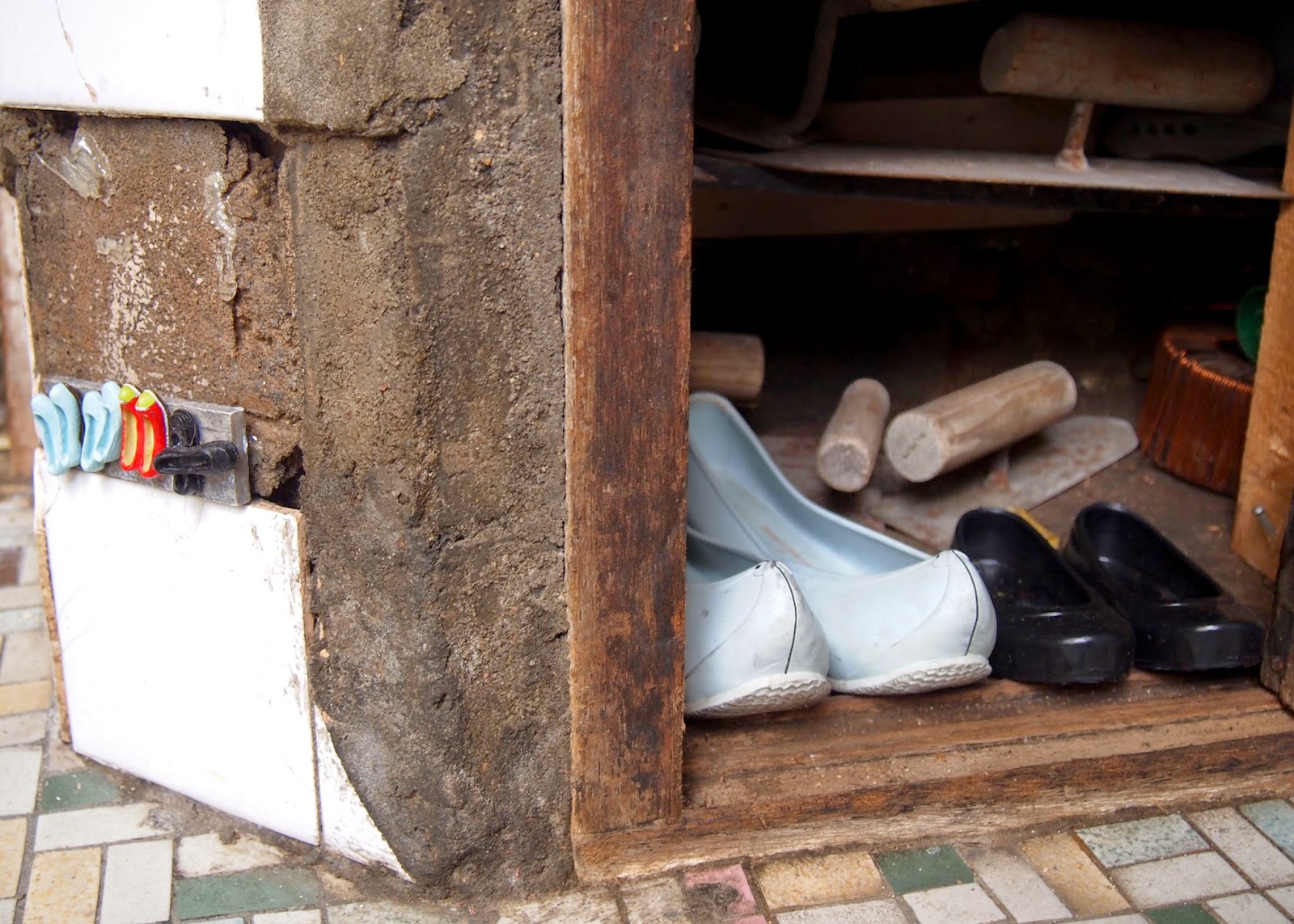 To Get There: From Gyeongbokgung Station (Seoul Subway, Line 3, Exit 2), walk straight for about 400 meters. Turn left onto Jahamun-ro 9-gil after reaching Broccoli Accessory. (If you reach Tongin Market, you've gone too far.) Walk 100 meters and take the second right onto Jahamun-ro 7-gil. Dae-oh will be on your left. For a map, click here.