CNN just recently did an article called, “10 things Korea does better than anywhere else”.  Some of the things I can’t confirm, but I can say that 7 of them are definitely spot on.

The first one being dating.  They report that there’s 2,500 matchmaking companies in Korea.  Now that’s kind of astonishing since there’s less than 50 million people.  So dating is a big thing here.  There’s a lot of coffee shops in Korea, like on every block.  In Korea, coffee shops are a really popular place for people to get together and a lot of meet-ups happen there.  Also, Korea is quickly becoming a Christian nation and churches many times are places where young singles go to meet their dream guy or dream girl.  So, if Korean love is your thing, then you’re probably going to find it if you come to Korea. 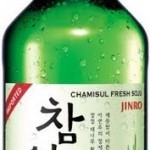 Second one is the best selling liquor in the world – which is Soju.  And it’s a distilled liquor that’s usually made out of rice.  Jinro soju is the #1 selling liquor in the world.  It costs about $1 for a bottle of it and if you drink that whole thing, you’re probably going to be very nice and toasty.  And if you’re not, then…you’re probably an alcoholic.  But that’s not the most amazing statistic.  The craziest thing is that most of the soju in this world that is sold is consumed here in Korea.  Koreans love their booze!

#1 in plastic surgery – this might be a no-brainer for anyone who knows anything about plastic surgery or Korea in general.  It seems like you can’t walk down the street without every other ad board, it seems, for some plastic surgery clinic.  But it’s not just Koreans that make up these massive numbers of plastic surgeries happening in the country.  Many other countries flock to Korea on these “plastic surgery tours”.  They come here for the great, state of the art results with a very comparable, low price tag.  It’s pretty amazing actually.  I’m thinking LASIK is probably in my cards before I leave.

Another one was online gaming.  PC bangs, or these rooms with wall to wall computers with internet access, are literally on every

block in Korea.  Sometimes 2 or 3.  It’s kind of crazy.  And when you go inside they are all chock full of online gamers.  But here’s the crazy thing.  Some of the best players, like the top players in online gaming, and you probably know this if you’re into online gaming and stuff like that – some of them earn hundreds of thousands of dollars from prize money and endorsements and things like that.  I guess playing video games wasn’t such a bad idea after all.

Here’s one that surprised me – credit card transactions.   129.7 transactions per person in a single year in Korea.  Now that’s compared to 77.9 in the United States according to this article.  Also, according to the Chosun Ilbo news site, it is “technically illegal for a merchant to refuse payment with credit card”.  I love paying for my cab fare with my card. 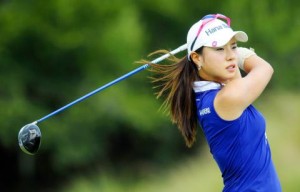 Here’s another one that really shocked me.  Golf.  I honestly don’t know how they can fit many golf courses here in Korea, but apparently everyone is playing.  And there is an unusually high percentage of top female golfers coming out of Korea.  38 of the top 100 players apparently from Korea and of the top 10 – 4 are from Korea.  So they’re good.

7th one, final one.  Work ethic – and this probably shouldn’t surprise many of you.  Koreans work an average of 44.6 hours per week compared to OECD average, globally, of 32.8.  Considering how many hours that students put into studying each week, it only makes sense that that carries over into their adult work life.  This probably explains why Korea’s prosperity has risen at such a break neck rate.

For such a small country, Korea definitely finds a way to make the most out of what they’ve got.  And I think that’s why it’s such a dynamic place to visit and spend some time teaching abroad.