The days are split up in a variety of sections with panel discussions and '이야기방's, or story rooms, where I imagine people will be sharing their 이야기s.

Obviously, this would be more of interest to people with a little more advanced Korean skills... would anyone be interested in checking it out? It is 7000 won for people who go alone, but you can get two tickets for ten thousand if you come with a friend. 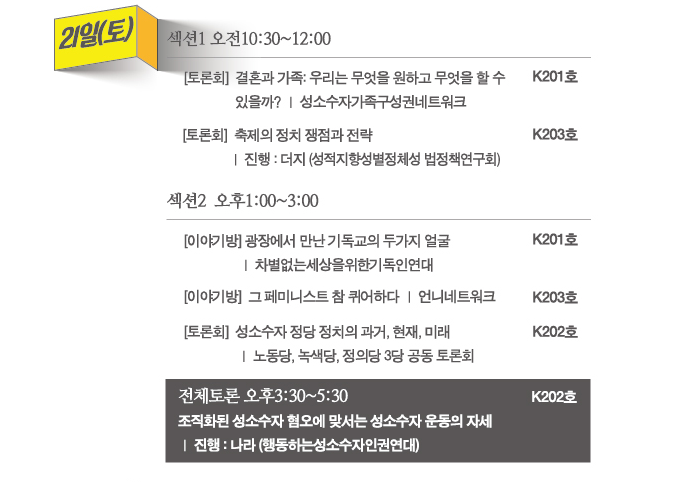 Saturday has panel discussions titled "Marriage and Family: What do we want and what can we do?" and "Festival Politics Points at Issue and Strategy" from 10:30 to 12:00 and a panel discussion at 1:00 pm titled "Sexual Minority Factionalism in the Past, Present, and Future". Also at 1:00 pm are two talks: "The Two Faces of Protestantism Seen in the Plaza" and "That Feminist is Quite Queer". 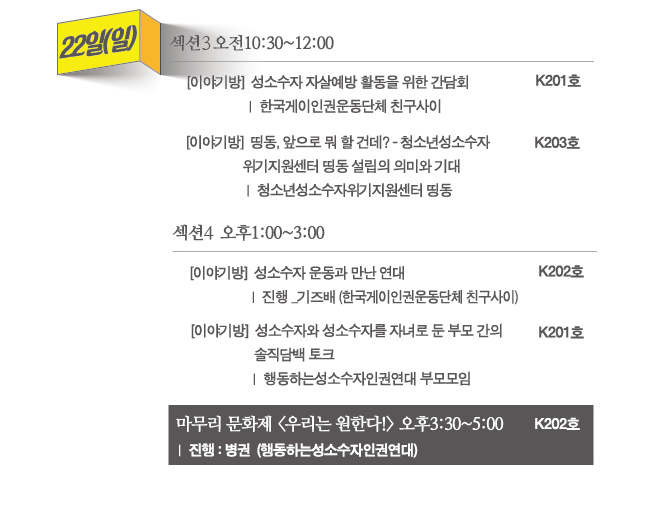