Under Siege: Get Out of My Taxi!

Tue, 05/22/2012 - 10:03 - busanmike
Tweet
I remember that it was cold and raining very heavily that morning. So heavily, that when the taxi finally pulled up outside the the last station before I headed out into the wilderness towards Gijang, its windows were steamed up and I couldn’t see the driver. The wait had been so long that I’d begun to wonder if I was ever going to get to work, and I really didn’t rate the chances of the woman who’d arrived behind me to start a queue at the designated taxi point.

Mon, 05/14/2012 - 23:28 - busanmike
Tweet
My wife and I were waiting for an elevator when a little girl next to us, she must have been all of about six years old, said, ‘waegug-saram... anyoung’. ‘Anyoung’. ‘Anyoung waegug-saram’. Foreigner... hello. Hello. Hello foreigner. It was all smiles. Then she turned to my wife, and in a serious and surprisingly mature tone asked “Why did you marry a foreigner? Is it because you couldn’t get a Korean man?”

When I first lived in Korea I barely really lived in it at all. I stayed in my apartment trading the international financial markets, and when I ventured out – largely at the weekend on chaperoned trips – I felt more like a visiting alien, although to be fair that was the official classification the Korean government gave me; I still have the Alien Registration Card to prove it.

Recognising that living in Korea conventionally meant actually trying to live in it, I took the opportunity to do some writing for the local English-language radio station and appear on their shows, and later I got a part-time programming job so I started spending a lot of my life really out there, on the move.

There I go, complaining about the weather again. What can I say? I’m not much of an outside person.

What’s really interesting is that I never had any sort of allergy problem until I came to Korea. I guess the air in Texas was super different or something.

Oh jeez, this is really late. I do apologize for that! I hope the not-so-cleverly censored nudity in  the second panel of this comic helps make up for it!

Tea for the Day 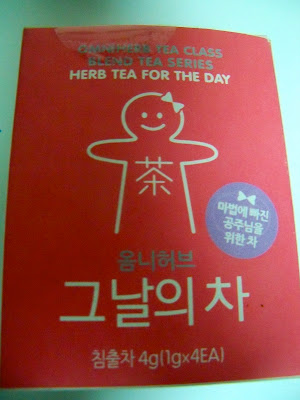 Yesterday I had two of my awesome Korean friends over to come see my new apartment, and to spend some time together.  Since I still don't have much to eat or drink stocked up in my kitchen I ran down to the convenience store for some snacks and some tea.  They didn't have any black tea, just green and barley, but I prefer black so I was looking for something comparable.

Spacehunter: Adventures in the Forbidden Zone

Thu, 03/08/2012 - 22:31 - busanmike
Tweet
Recently I’ve been travelling out from the edge of known space at Jangsan to Gijang, which means that on the return leg of the journey I have found myself trying to catch taxis in the countryside to return to civilisation. It quickly became apparent that this may not be the same as catching taxis in the city.

A year ago someone told me that they’d read that it requires about 4,000 hours of studying to reach competency in the Korean language. I’d been struggling with finding the motivation to study in an increasingly busy life, and I seized upon this figure as a psychological tool which would give me a sense of there being an end point to my efforts to learn. To that end, I began posting a progress meter at the end of my posts to show my progress towards this fixed goal, fully knowing that any potential failure would be there for the world to see.

And I failed. With the year over, I’m just over 3% of the way towards that 4,000-hour target, which means that theoretically it will take me over 30 years to achieve competency in Korean at my current pace of studying.

So, Koreans are sooo Korean…

The other day I sat through a conversation with a person who referred to Korean people as being soooo Korean. I didn’t ask them what they meant, and perhaps I should have, because it’s the kind of thing that really needs more of an explanation. Why? Is it not absurd to consider Koreans to be anything but Korean?

There is a prevailing thought that I keep encountering in Korea which bothers me. It is the concept that Korean people and people from other countries are so different that their actions must be distinguished as being distinctly Korean. You might think that this is fair, because Korean people do act like Korean people. But what’s the point of making an issue of it? It’s like complaining that the shower you are taking in the morning is sooo wet. Korean people are Korean, so they will act Korean. And, hold on to your hats here because this next comment will blow the roof off, many of them are proud of it! Fuck. Stop the world.

Come check out Roller Derby this weekend! This isn’t just for women!!!! We have practice in both Daegu and Seoul on the 10th and 11th. You can become a skater, referee or a volunteer. No experience or skates required to start. Check out our page at

Email us for more information at koreaderby@gmail.com

Hope to see you on the track!