Returnees Organizing Korea Out of the Intercountry Adoption Industry

Adoption: what are we really buying into?

The Baby Box – Disabled Orphan Drop Off in South Korea 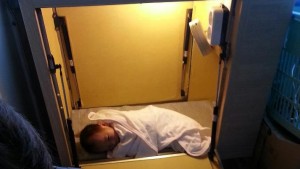 It’s not all exotic food, beautiful temples, and glitzy K-Pop in the ROK. South Korea is no different than any other nation in the world in this way. It’s made up of people. The broad spectrum of personalities, desires, views on life, and morality is as wide as you’ll find anywhere else.

우리가 돌아왔다 (We Came Back)

Growing up Adopted: Asian Premiere Production of “Between”

A one-woman show about adoption by Amy Mihyang, Between:

…encapsulates her experiences as a Korean American woman, a New Yorker, and most of all, a transracial adoptee. Bringing the audience with her on the plane en route from NYC to Korea, the author contrasts her journey with the echoes of other adoptees and those touched by the act of adoption.  Mihyang makes us ask ourselves, “Do we need to know where we came from in order to know where we’re going?”

And as The Korea Herald describes her performance:

Tue, 11/02/2010 - 16:36 - leeskoreablog
Tweet
Resilience is a documentary film about adoption, focusing on the reunion of a Korean mother and her son.

ASK's mission is to address the problems associated with Korean overseas adoption. Through education and activism, we aim to raise awareness, advocate change and support alternatives to intercountry adoption.

Our Vision
ASK envisions the end of intercountry adoption out of Korea in conjunction with long-term alternatives and an improved social welfare system. We will be an active voice that monitors and participates in this process of social and political change.