Translation: Homosexuality is even prying into teenager's lives

This news report from TV Chosun on homosexuality and young adults in South Korea is alarmist and sure to make your blood boil. Luckily, it's not on one of the major networks, but it is feeding misinformation into viewers who already probably have negative views of homosexuality. I tried to replicate the ridiculousness of the style in which the news report was presented, but check out the original for the video.

When it rains it pours!

The story focuses on Micky Kim, a gay Korean who has hidden his identity for years in South Korea, who says that attitudes in SK cause homosexuality to be treated like a foreign issue. The article then looks at a Pew Research study, that shows an increase in acceptance of being gay, but still relatively low levels compared to other developed countries. The article finishes with mentioning the fierce opposition to the pride parade in June. 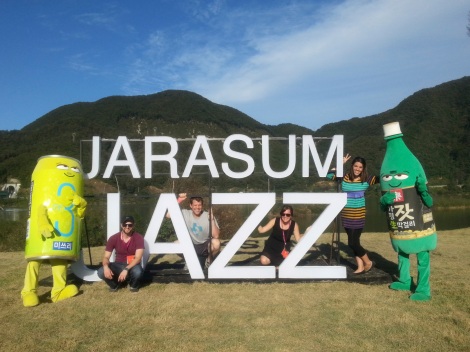 Thu, 09/03/2015 - 06:11 - The Kimchi Queen
Tweet
South Korea has appointed another chairman with decidedly anti-LGBT beliefs to the National Human Rights Commission of Korea.
I reported last year on the appointment of Pastor Choi E-woo, who faced calls of resignation due to his past inflammatory remarks in relation to LGBT individuals. Unfortunately, Pastor Choi, who continues in his role as a non-permanent executive board member, is now joined by the equally misinformed Lee Sung-ho.

Mon, 08/10/2015 - 18:16 - The Kimchi Queen
Tweet
Idol news for today. In all honesty, I am sick of all of the number of articles that talk about how so-and-so was mistaken in thinking so-and-so was gay. The quality of these K-pop articles rivals TMZ in their idiocy. I'm not sure why this news story re-surfaced, but it was originally minor news back in 2012.

Chu Seong-hoon's logic was a bit interesting here: how speaking to someone in banmal, a lower speech form in Korean, can make others infer that you are gay. It is the first I heard this, but maybe it can come off as flirtatious. Then again, everything Hwang Kwanghee does comes off as a bit, well gay.

I also think Kwanghee sounds like an idiot by deciding not to use banmal because he worried that it would make it to difficult for someone speaking a foreign language to understand. We are doing a cooking demo "Crazy Korean Cooking Workshop" at KCON New York at Prudential Center at 11 A.M. on August 8, 2015. We're really excited to see you all! Join us!

You can also meet us at our fan booth and receive free Seriously Korean Bibim Gochujang!

Find out more about KCON here.

Translation: A domino effect leading to the legalization of bigamy and incest?

Tue, 08/04/2015 - 17:48 - The Kimchi Queen
Tweet
Another slow week in gay news in Korea. Unfortunately, the most interesting article that seemed worthy of translation was another Kukmin Ilbo piece full of faulty logic and false truths. I guess it is important to know the position of the bigots? Sorry loyal readers, but imagine how much more painful it was for me as the translator.
If same-sex marriage is legalized, it does not simply end at legal recognition of same sex couples. Not only will familial relations be thrown into chaos, but it will also usher in the collapse of the last barrier protecting the family by allowing bigamy and incest. There is also the problem of public health with the spread of AIDS.

Wed, 07/22/2015 - 17:28 - The Kimchi Queen
Tweet
Kang Yong-suk, a controversial politician/lawyer on the conservative political spectrum, has expressed his views on gay marriage. The following translation of a Fact News article is not the most exciting news, but I think it is worth translating as gay marriage is increasingly being discussed in Korean media and it points out the hypocrisy of many opponents to same-sex marriage.