An early morning delivery driver trundles along the deserted streets around Jagalchi, Busan.

The largest fish market in South Korea is found in downtown Busan, next to the busy shopping area of Nampo-dong and adjacent to the Lotte Aqua Mall. That it occupies such a valuable, central location speaks to how important the fish trade has always been to the city.

Being light in the wallet and with springs glorious charms upon us I have taken to discovering the hidden charms of Busan rather than straying further afield. I’ve lived in Busan now for close to eleven months and visited the city several times the year before. However, until a week or so ago I was unaware of the existence of Taegeuk-do village. I guess it is a little under-reported in the media and has only been really considered a tourist attraction in recent times. This area is steeped in history, most of it inglorious and it is only the recent arrival of an artistic redevelopment that has garnered it significant attention.

Tue, 01/17/2012 - 17:21 - thejessicasteele
Tweet
When many people think of holiday lights in Korea, they often imagine the festive lights at Seoul's Myeong-dong Cathedral, or the Christmas display inside the lobby of Itaewon's Hilton Hotel. For those of us living or visiting further south, Busan's Nampo-dong offers a beautiful annual holiday display called 'The Christmas Tree Cultural Festival,' and it draws crowds for both shopping and photos from December through early January.

just down the street from the fresh fish market, you can get your fill of dried and brined seafood. 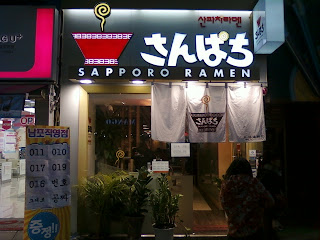 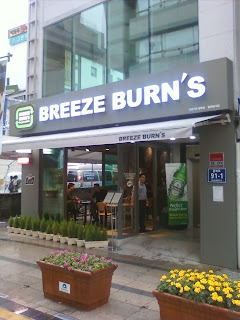 The popular burger joint Breeze Burns has just opened a branch in Nampo-dong, just down the street from the new Lotte Department store.

Suddenly, Nampo-dong has a bunch of great western food options. Not only do we have Breeze Burns now, but in the new Lotte Department store there is also a Quiznos, Auntie Annie's Pretzels and Irish Potato (Yes, Irish Potato).

Muscle memory and chauvinism on a Saturday afternoon.

“Even if she is a killer, she’s still a woman.  She’ll come around.”

Quote of the weekend from the Korean horror film, BlackHouse.  This film was intended to be background noise to naps in the DVD bang after a day of open air market in Nampo-dong, patio beer at the touristy of tourist restaurants, and freshly severed, still wiggling octopus tentacles with potential to murder us more brutally than the woman in the film.  Yet my feeble sleep attempt in the DVD bang was in vain; this film was far too wonderfully terrible to allow my eyes to part with the subtitles.

I hear it goes down well with a beer... 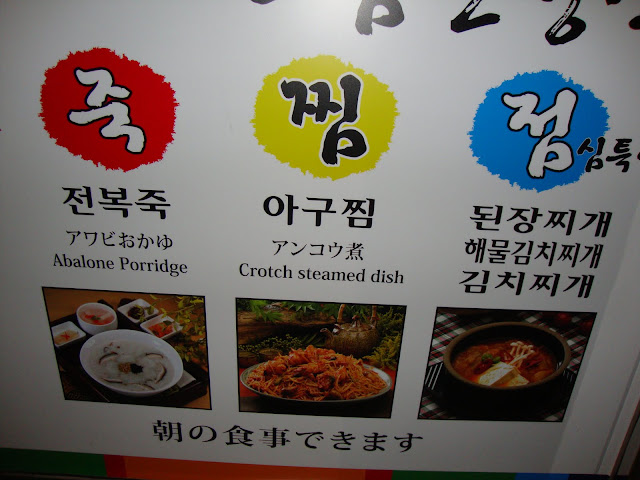