The Huge, Strange Coalition Opposed to an Obama Apology at Hiroshima

A G-7 meeting will take place on May 26-27 at Ise, Japan. This has prompted some discussion about whether or not President Obama will and/or should apologize for the August 6, 1945 bomb-drop. I figure he won’t for the reasons sketched in this essay: basically no one wants him to. The coalition opposed to an apology is huge. The below essay is a repost of my May essay for the Lowy Institute.

The Korean Right Got Crushed Last Month – Why? 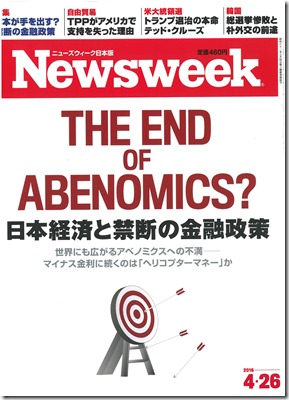 The following post is the original English language version of a story I wrote for Newsweek Japan (relevant issue to the left) a few weeks ago on the South Korean. 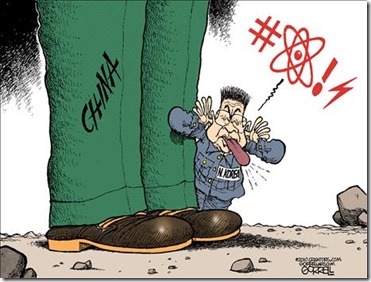 I published an op-ed in the JoongAng Daily today, which this post re-prints.

My Predictions and Expectations for the Upcoming South Korean Parliamentary Elections: The Left will get Hammered

This is a re-post of something I wrote a few days ago for the Lowy Institute. I thought it would be helpful to put some predictions out there, with a logic for why I made them.

No, South Korea does Not Need Nuclear Weapons – bc They’ll Never Use Them

This essay is a reprint of a long-form piece I published recently with The Diplomat. It is a response to the growing debate inside South Korea after the recent Northern nuclear and missile tests.

Newsweek Japan ran a story last week on the continuing history disputes in Northeast Asia. I love that cover (left). Here is internet link to that issue.

I was asked to contribute regarding South Korea. My essay, originally in English, is reprinted below. While the essay admits Japan’s many needed changes on this issue – Yasukuni, historical memorialization, etc. –  that stuff was more for the contributor on Japan. I was to focus on the South Korean side.

It was the 70th anniversary of the North Korean communist party – officially, the Korean Workers Party (KWP) – on October 10. The event got lots of press for the usual military bluster, but given that the event ostensibly celebrated a communist party, I thought it a nice opportunity to consider just how ‘communist’ North Korea actually is. If you look at that pic above, it sure looks communist: red everywhere, the iconography, the Mao suit, the Soviet-esque military uniforms (complete with those ridiculously oversized hats), the party symbol, and so on. So the stalinist form is still there.

But three changes since the end of the cold war have turned North Korea into something else:

This is a cross-post of an essay originally written for the Lowy Institute this week, available here.