Fri, 08/13/2010 - 12:20 - cruzers
Tweet
CJ recently celebrated his 12th birthday.  Some of the neighborhood girls found out about the birthday boy and decided to do a "cake-off."  First they conducted a mini-interview with CJ and asked him about some of his favorite things - colors, superheroes, candy, music, etc.  Armed with this knowledge, the girls now had the inspiration to make some nice cakes.  The best cake wins of course. 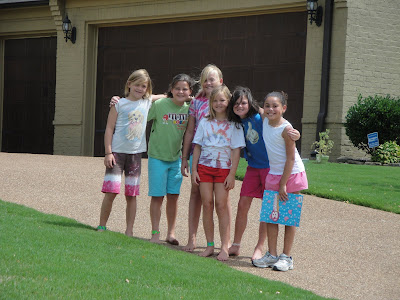 Some of the neighborhood girls that participated in the cake-off.

Sun, 06/06/2010 - 08:27 - cruzers
Tweet
Losing our dog Fred was tough for the entire family.  Our niece, Jena took it pretty hard too.  Her family was taking care of Fred in Suffolk, Virginia while we were doing our thing in Korea.  CJ and Jena have always been pretty tight.  They are both extremely bright and have similar interests in art, writing and other stuff.  Sometimes they'll get on the phone and just talk for hours.

As a form of therapy over losing our pet of 16 years, CJ created this painting tribute to Fred: 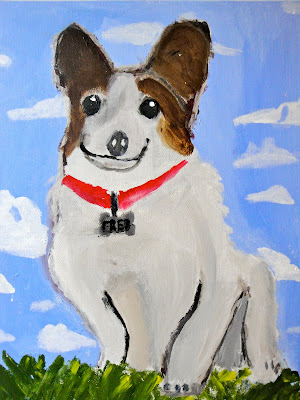 Mon, 04/12/2010 - 17:23 - cruzers
Tweet
Taejongdae is another beautiful sight in Busan.  It's on the southernmost tip of Yeongdo, or Yeong Island.  Some westerners say "Yeongdo Island."  This is incorrect because "do" means "island."  You don't want to say "Yeong Island Island."  That would just be goofy goofy.

The place is named after King Taejong who used to frequent the island.  He ruled during the Silla kingdom.  I'm guessing he would've been a fan of Green Arrow and Robin Hood since he spent time practicing archery while on the island.

There's an amusement park nearby where you can amuse yourself.  The "John Wayne" restaurant is nearby too.  It's a really good Korean barbecue restaurant that we take our Navy Reserves to sometimes.  They'll even drive a bus out and pick up your group.  The view from the restaurant is really nice during the day.  At night, you're just staring at a bunch of lights. 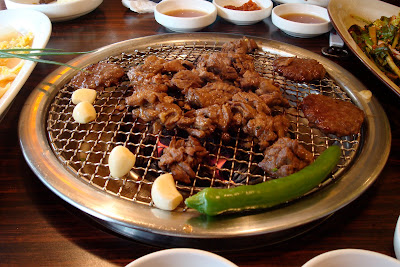 Bulgogi is one of my favorites.  It's basically Korean barbecue that's grilled right at the table on hot coals.  You can't pull this off in the US because of all the lawsuits from people getting burned in restaurants.  You take the grilled meat and wrap it up in a leaf.  You can put other things in the leaf too like veggies, garlic and sauce.  Very tasty.